Renesas Electronics has announced the sample shipment of the industry’s first on-chip flash memory microcontroller using a 28 nm process technology. To contribute to the realization of next-generation green cars and autonomous vehicles with higher efficiency and higher reliability, the RH850/E2x Series MCU incorporates up to six 400 MHz CPU cores. According to Renesas, that makes it the first on-chip flash memory automotive MCU to achieve processing performance of 9600 MIPS. The new MCU series also features a built-in flash memory of up to 16 MB as well as enhanced security functions and functional safety. 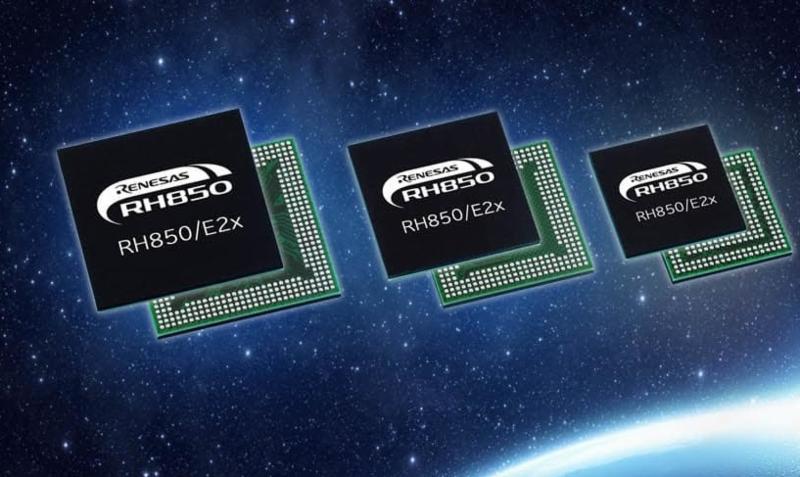 Under Renesas Autonomy, an open, innovative and trusted platform for assisted and automated driving, Renesas provides end-to-end solutions that advance the evolution of vehicles towards next-generation green cars, connected cars and autonomous-driving vehicles. There are two main pillars of the Renesas Autonomy Platform. One is this new 28 nm automotive control MCU. And the other is the R-Car Family of SoCs designed for cloud connectivity and sensing.
Car OEMs and Tier 1 manufacturers, such as Denso, have already started to adopt the new 28 nm MCU. Reasons cited include the MCU’s superior processing performance capable of developing next-generation fuel-efficient engines, as well as its scalability. Scalability is important because of the expected electronic control unit (ECU) integration to come from changes in automotive electrics/electronics (E/E) architecture.

Following the development of the 28 nm embedded flash memory in February 2015, Renesas announced its collaboration with TSMC on 28nm MCUs in September 2016. The company today hit a major milestone by reaching sample shipment of the world’s first 28nm embedded flash memory MCU on the market. Renesas has already succeeded in verifying large-scale operation of fin-structure MONOS flash memory targeting 16/14nm and beyond generations of MCUs. As the leading supplier of automotive semiconductor solutions, Renesas is committed to advancing the industry through continued technological innovation to achieve a safe and secure automotive society.

To assure scalability in the RH850/E2x Series, in addition to the 28 nm flash memory MCU, Renesas has also launched a 40 nm process MCU. Samples of this MCU are available now. Samples of both 28 nm and 40 nm MCUs from RH850/E2x are  available.