The Zigbee Alliance and Thread Group have announced the availability of the Dotdot specification over Thread’s IP network. This enables developers to confidently use an established, open and interoperable IoT language over a low-power wireless IP network. This is expected to help unify the fragmented connected device industry and unlock new markets.

Dotdot is the Zigbee Alliance’s universal language for the IoT, making it possible for smart objects to work together on any network. Thread is the Thread Group’s open, IPv6-based, low-power, secure and future-proof mesh networking technology for IoT products. These two organizations have come together to deliver a mature, scalable solution for IoT interoperability that isn’t confined to single-vendor ecosystems or technologies. 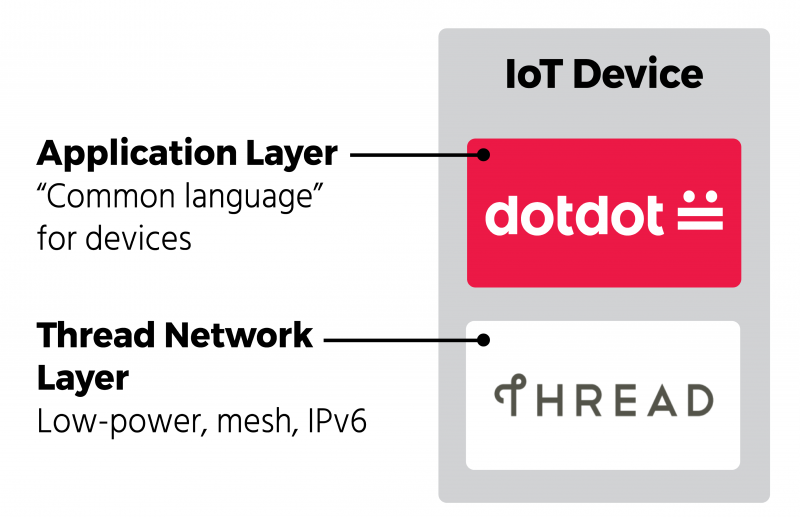 The early Internet faced the same challenges as today’s IoT. Currently, connected devices can struggle to deliver a seamless experience because they speak different languages (or in technical terms, use different “application layers”). For the internet, the industry solved this problem with open, universal protocols over IP. Dotdot’s common device language over Thread’s IP network extends this same proven approach to the Internet of Things. With Dotdot over Thread, product and platform vendors can ensure the high-quality, interoperable user experiences needed to drive growth, while IP allows vendors to maintain a direct connection to their device.

It’s important to note that Dotdot over Thread is not another new standard. Dotdot enables the open, mature, and already widely adopted application layer at the heart of Zigbee to work across Thread’s IP network. It uses the same network technology fundamental to the internet. For product managers, new standards represent risk. Dotdot and Thread are backed by global, industry-leading companies and represent two of the most robust, widely deployed, and well-supported connectivity and interoperability technologies, driving billions of products and networks already in homes and offices.