Teledyne LeCroy recently introduced the WaveSurfer 3000 series of oscilloscopes. The series features the MAUI advanced user interface, which “integrates a deep measurement toolset and multi-instrument capabilities into a cutting edge user experience centered on a large 10.1” touch screen,” the company stated in a release. 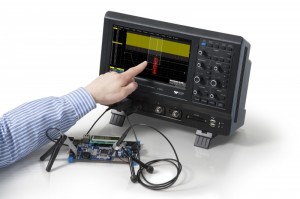 Essential characteristics, specs, and features include: