Moxa has announced the UC-2100 Series of industrial IoT gateways along with its new UC 3100 and UC 5100 Series, but it offered details only on the UC-2100. All three series will offer ruggedization features, compact footprints, and on some models, 4G LTE support. They all run Moxa Industrial Linux and optional ThingsPro Gateway data acquisition software on Arm-based SoCs. 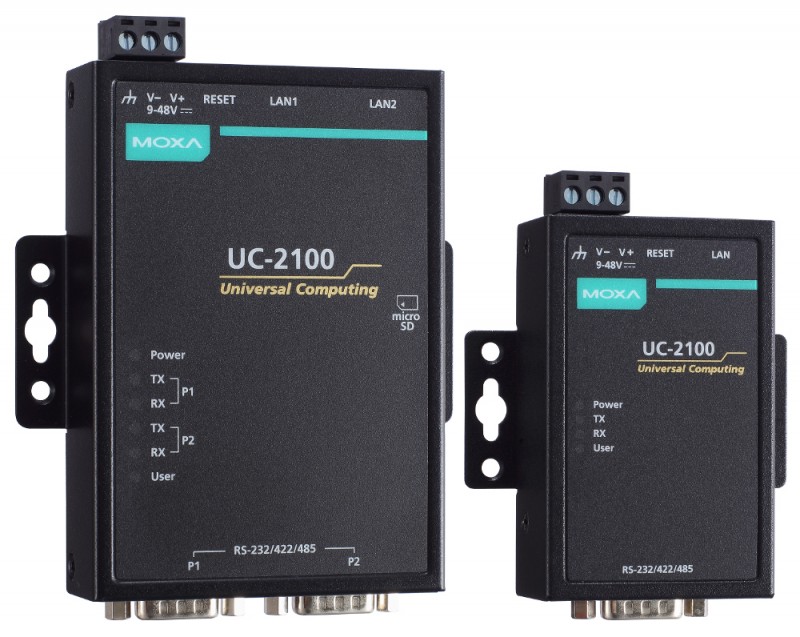 Based on Debian 9 and a Linux 4.4 kernel, the new Moxa Industrial Linux (MIL) is a “high-performance, industrial-grade Linux distribution” that features a container-based virtual-machine-like middleware abstraction layer between the OS and applications,” says Moxa. Multiple isolated systems can run on a single control host “so that system integrators and engineers can easily change the behavior of an application without worrying about software compatibility,” says the company. 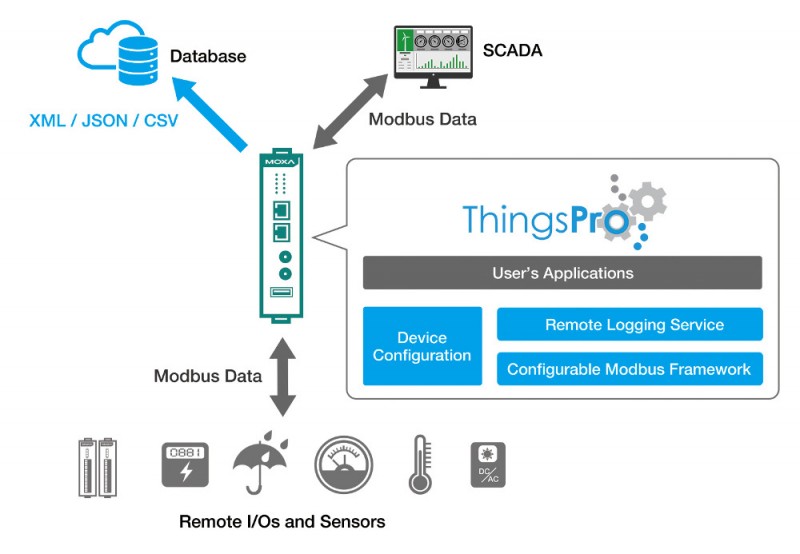 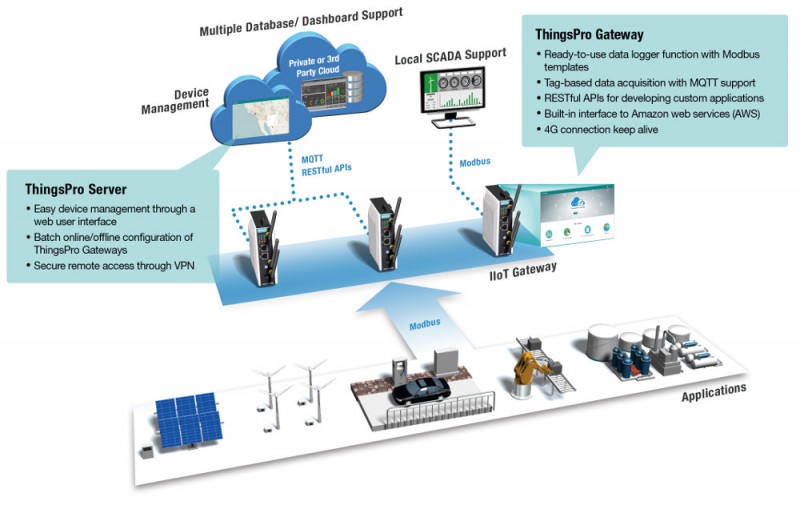 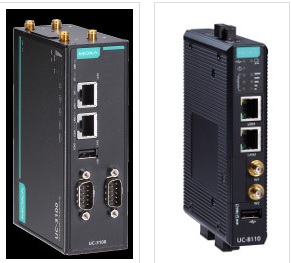 Although we saw no product pages on the UC-3100 and UC-5100, Hanser Konstruktion posted a short news item on the UC-3100 with a photo (above) and a few details. This larger, rugged system supports WiFi and LTE with two antenna pairs, and offers a USB port in addition to dual LAN and dual serial ports.

The new systems follow several other UC-branded IoT gateways that run Linux on Arm. The only other one to support ThingsPro is the UC-8112, a member of the UC-8100 family. This UC-8100 is similarly ruggedized, and runs Linux on a Cortex-A8 SoC.

The UC-2100 Series gateways runs MIL on an unnamed Cortex-A8 SoC clocked at 600MHz except for the UC-2112, which jumps to 1GHz. There are five different models, all with 9-48 VDC 3-pin terminal blocks and a maximum consumption of 4 Watts when not running cellular modules.

The five UC-2100 models have the following dimensions, weights, and maximum input currents:

Other ruggedization features are the same, including anti-vibration protection per IEC 60068-2-64 and anti-shock per IEC 60068-2-2. A variety of safety, EMC, EMI, EMS, and hazardous environment standards are also listed.

The first three models ship with 256MB DDR3, while the UC-2111 and UC-2112 offer 512MB. These two are also the only ones to offer micro-SD slots. All five systems ship with 8GB eMMC loaded with the MIL distribution.

The UC-2100 provides push buttons and dip switches, an RTC, a watchdog, and LEDs, the number of which depend on the model. A wall kit is standard, and DIN-rail mounting is optional. TPM 2.0 is also optional. A 5-year hardware warranty is standard.