Behrtech has issued a report evaluating and comparing the quality-of-service (QoS) of its MYTHINGS platform versus LoRa LPWAN under real-world interference conditions. Professor Dr. Thomas Lauterbach from the Nuremberg Institute of Technology conducted the independent study commissioned by Behrtech. Results showed that in a real-world Industrial IoT environment with high levels of interference from other systems and devices, MYTHINGS has considerably higher interference resilience than LoRa. At the same network range, LoRa loses a significant percentage of messages while MYTHINGS reliably transmits all messages.

Professor Lauterbach said that, in the dense interference scenario, there was a significant difference in the quality-of-service between MYTHINGS and LoRa. Observing both networks at the same signal power, MYTHINGS successfully delivered all messages while the LoRa network lost more than 10 percent of its messages. Even when signal power was increased, there was a four to five percent packet error rate in the LoRa system. 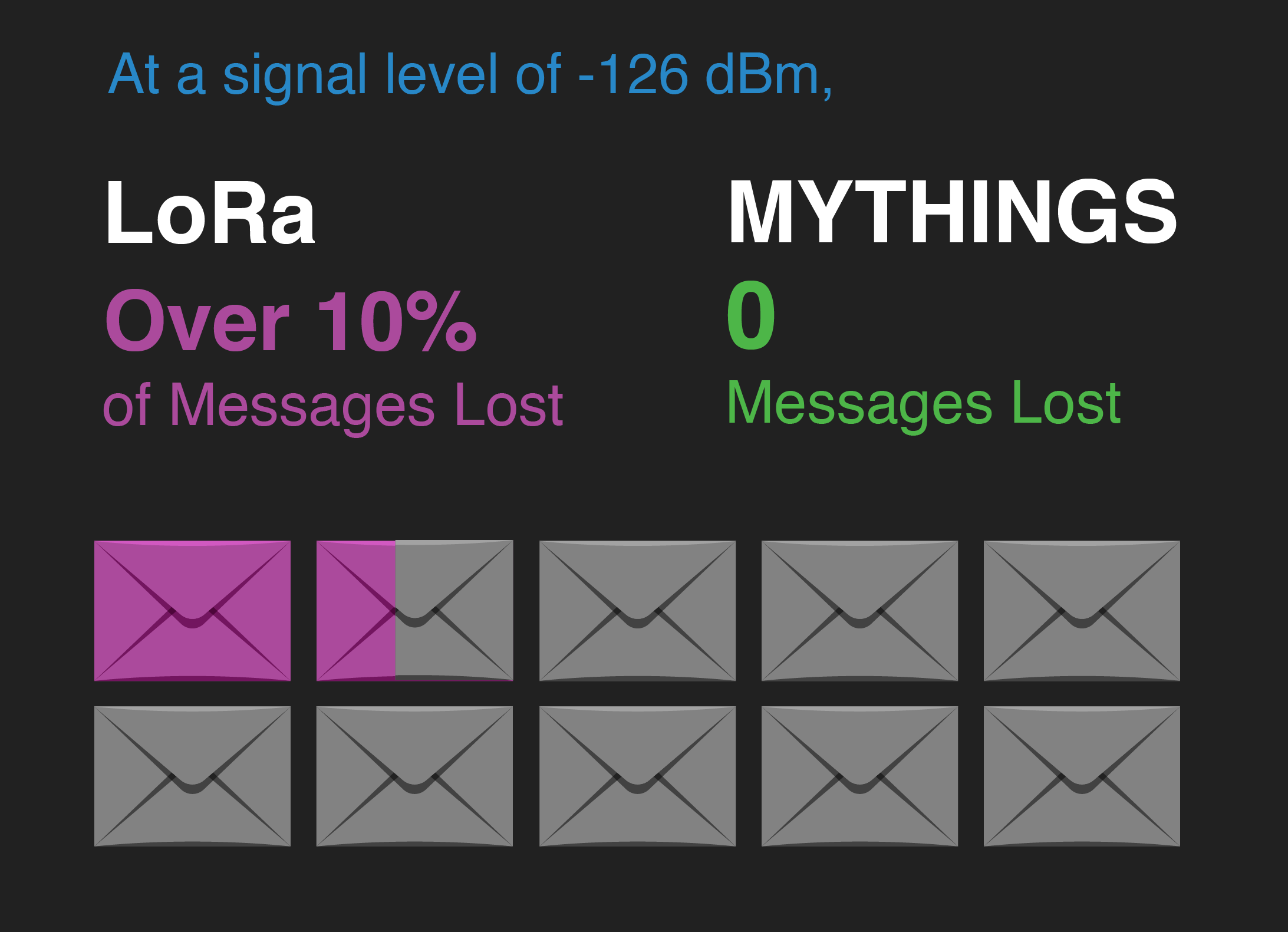 Using a LoRa EU-mode MultiConnect Conduit IoT Starter Kit and the EU-mode MYTHINGS by Behrtech Starter Kit, the study evaluated network performance over both a 60-minute period and a 4-hour period under various external interference conditions based on the LPWAN Interference Model Standard developed by IEEE. Results were measured by Packet Error Rate (PER), which refers to the percentage of unsuccessful message transmissions. Four interference scenarios were used to demonstrate different levels of signal density. The study focused on the dense level scenario which has an interference level equivalent to real-world Industrial IoT environments.