Arbor Technology has introduced a pair of System-on-Module (SOM) products both based on Rockchip SoCs, the RK3399-based SOM-RK391 and the Rockchip PX30-based SOM-RP301. Both modules run Ubuntu, Buildroot, or Android 9.0. Along with the pair of modules, the company has also released the PBA-9000-A, its SOM-Series, single pin-out design carrier board.

The Rockchip RK3399 SoC has been a favorite among high-end community backed Arm-based boards over the last couple years, and we’ve covered at least one every month over that period. Recent examples include Arbor’s own EmQ-RK390 Qsevenmodule, Geniatech’s DB9 SBC and Vamr’s 96Boards CE-compatible Rock960 Model C. In contrast, the SOM-RP301 appears to be the first module we’ve seen based on Rockchip’s low-power PX30 SoC.

Built around the Rockchip RK3399 hexa-core (2x Cortex-A72 + 4x Cortex-A53) SoC, the SOM-RK391 is designed for high-performance applications such as AI computing, edge computing and machine vision, according to Arbor. 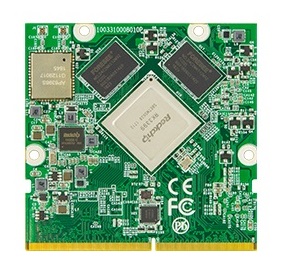 The SOM-RP301 meanwhile is based on the Rockchip PX30 Quad-Core Cortex-A35 processor and measures a compact 70 x 50 mm. Arbor touts the board for its low power consumption, flexible thermal management, cost-efficiency and its suitability for IIoT applications. The combination of its hardware media decoder and processing power makes it a fit to implement in retail kiosks such as electronic restaurant menus, automated currency exchange machines, ticketing kiosks and so on, according to Arbor. 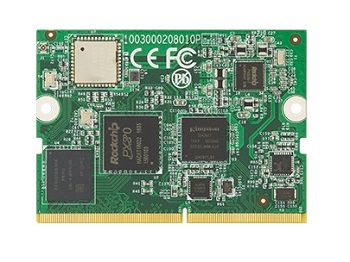 The SOM-RP301 offers provides 1GB to 4GB of LPDDR4DRAM and mass storage via 16GB eMMC flash plus support SD Card boot up. The Mali-T860MP4 GPU supports OpenGL ES1.1/2.0/3.0/3.1, OpenVG1.1, OpenCL and DX11. Display support includes LVDS and MIPI DSI, and those interfaces share the same pinout. Like the RK391, this modules also supports extended operating temperatures from 10 to 70ºC.

The RK391 also provides WiFi /Bluetooth support including 1x 802.11 a/b/g/n/ac for WiFi and Bluetooth 4.0. You also get 1x MIPI CSI RX camera interface with 8MP ISP. For I/O the RP301 provides the all the same ports as the RK391 as described above. Despite the fact that Arbor touts the RP301 as a low power solution, its datasheet currently says “TBD” for the board’s power consumption.

Arbor’s PBA-9000-A Carrier Board for its SOM-series features a single pin-out design that enables it to easily support future boards in the Arbor SOM-series CPU Board family. The PBA-9000-A’s I/O configuration supports all of the interfaces on the SOM-series boards. 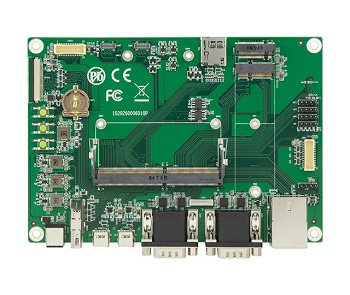 This article originally appeared on LinuxGizmos.com on April 8.