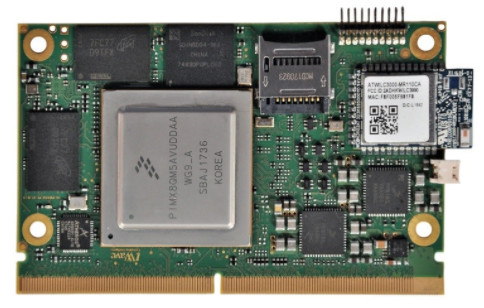 iWave has posted specs for an 82 mm x 50 mm, industrial temperature “iW-RainboW-G27M” SMARC 2.0 module that builds on NXP’s i.MX8 QuadMax system-on-chip. The i.MX8 QuadMax was announced in Oct. 2016 as the higher end model of an automotive focused i.MX8 Quad family.

Although the lower-end, quad-core, Cortex-A53 i.MX8M SoC was not fully announced until after the hexa-core Quad, we’ve seen far more embedded boards based on the
i.MX8M , including a recent Seco SM-C12 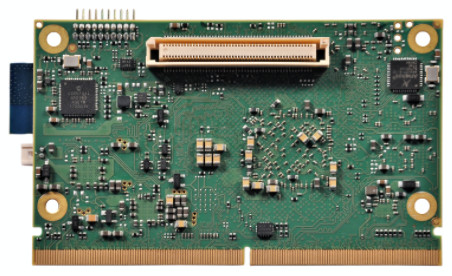 SMARC module. The only other i.MX8 Quad based product we’ve seen is Toradex’s QuadMax driven Apalis iMX8 module. The Apalis iMX8 was announced a year ago, but is still listed as “coming soon.” 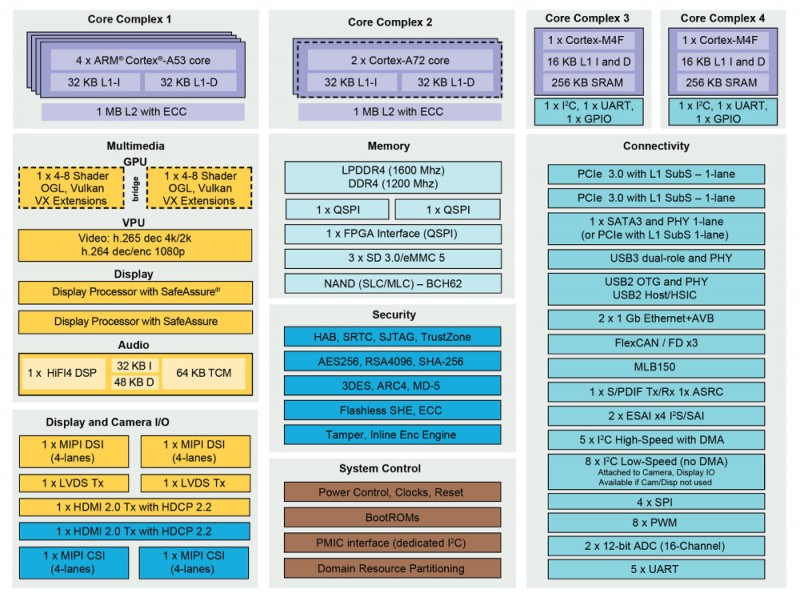 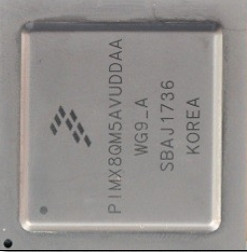 Whereas the i.MX8M has one 266 MHz Cortex-M4F microcontroller, the Quad SoCs have two. A HIFI4 DSP is also onboard, along with a dual-core Vivante GC7000LiteXS/VX GPU, which is alternately referred to as being two GPUs in one or having a split GPU design.

Like Toradex, iWave is not promoting the automotive angle that was originally pushed by NXP. iWave’s module is designed to “offer maximum performance with higher efficiency for complex embedded application of consumer, medical and industrial embedded computing applications,” says iWave.

Like the QuadMax based Apalis iMX8, as well as most of the i.MX8M products we’ve seen, the iW-RainboW-G27M supports up to 4 GB LPDDR4 RAM and up to 16 GB eMMC. iWave notes that the RAM and eMMC are “expandable,” but does not say to what capacities. There’s also a microSD slot and 256 MB of optional QSPI flash.

Media features include an HDMI/DP transmitter, dual-channel LVDS or MIPI-DSI, and an SSI/I2S audio interface. iWave also lists HDMI, 2x LVDS, SPDIF, and ESAI separately under “expansion connector interfaces.” Other expansion I/O is said to include MLB, CAN and GPIO.

The 5 V module supports -40 to 80°C temperatures. There is no mention of a carrier board.

No pricing or availability was listed for the iW-RainboW-G27M, but a form is available for requesting a quote. More information may be found on iWave’s iW-RainboW-G27M product page.

This article originally appeared on LinuxGizmos.com on March 13.