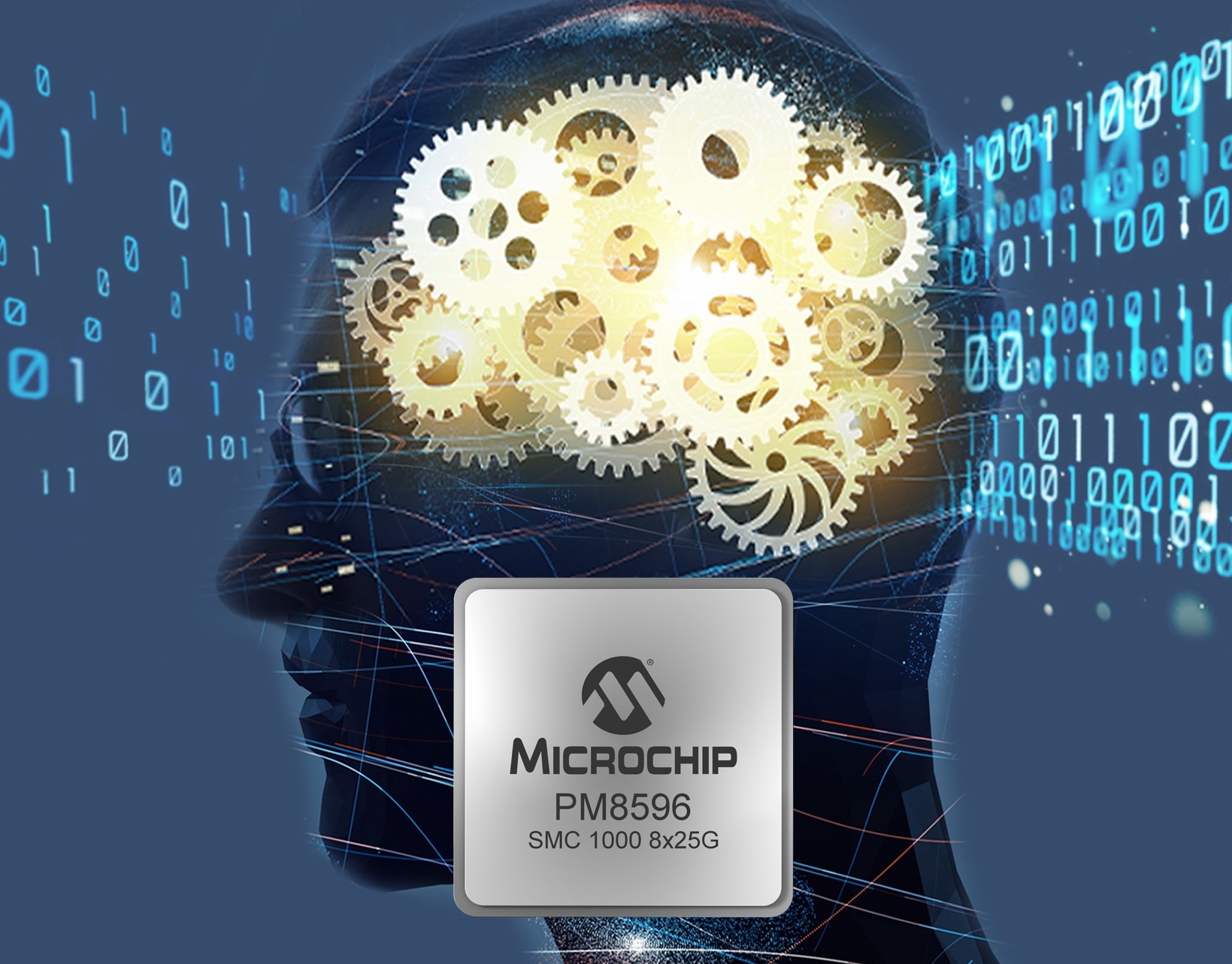 The SMC 1000 8x25G interfaces to the CPU via 8-bit Open Memory Interface (OMI)-compliant 25 Gbps lanes and bridges to memory via a 72-bit DDR4 3200 interface. The result is a significant reduction in the required number of host CPU or SoC pins per DDR4 memory channel, allowing for more memory channels and increasing the memory bandwidth available.

A CPU or SoC with OMI support can utilize a broad set of media types with different cost, power and performance metrics without having to integrate a unique memory controller for each type. In contrast, CPU and SoC memory interfaces today are typically locked to specific DDR interface protocols, such as DDR4, at specific interface rates. The SMC 1000 8x25G is the first memory infrastructure product in Microchip’s portfolio that enables the media-independent OMI interface.

To support customers building systems that are compliant with the OMI standard, the SMC 1000 comes with design-in collateral and ChipLink diagnostic tools that provide extensive debug, diagnostics, configuration and analysts tools with an intuitive GUI.  The SMC 1000 8x25G is sampling now.