Aitech, which has been producing embedded Linux-driven systems for military/aerospace and rugged industrial applications since at least 2004, announced that Concurrent Real-Time’s hardened RedHawk Linux RTOS will be available on two Linux-ready embedded systems based on the Nvidia Jetson TX2 module. With Redhawk Linux standing in for the default Nvidia Linux4Tegra stack, the military-grade A176 Cyclone and recently released, industrial-focused A177 Twister systems can “enhance real-time computing for mission-critical applications,” says Aitech. 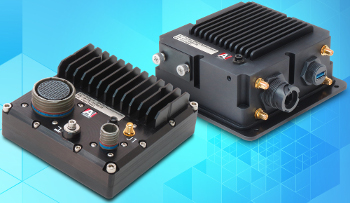 MIL/AERO focused A176 Cyclone (left) and new A177 Twister
(click image to enlarge)
Here, we’ll take a closer look at the A177 Twister, which was announced in October as a video capture focused variant of the similar, MIL/AERO targeted A176 Cyclone. Both of these “SWaP-optimized (size, weight and power) supercomputers” are members of Aitech’s family of GPGPU RediBuilt computers, which also include PowerPC and Intel Core based systems.

We’ll also briefly examine an “EV178 Development System” for an Nvidia Xavier based A178 Thunder system that was revealed at Embedded World. The A178 Thunder targets MIL/AERO, as well as autonomous vehicles and other applications (see farther below). 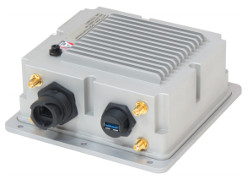 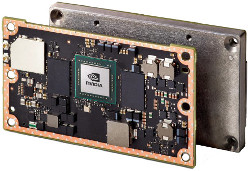 A177 Twister (left) and Jetson TX2
(click images to enlarge)
The TX2 module is further equipped with 8GB LPDDR4 and 32GB eMMC 5.1. Other rugged TX2-based systems include Axiomtek’s eBOX800-900-FL.

The RedHawk Linux RTOS distribution, which was announced in 2005, is based on Red Hat Linux and the security-focused SELinux. RedHawk offers a hardened real-time Linux kernel with ultra-low latency and high determinism. Other features include support for multi-core architectures and x86 and ARM64 target platforms.

The RedHawk BSP also includes “NightStar” GUI debugging and analysis tools, which were announced with the initial RedHawk distro. NightStar supports hot patching “and provides a complete graphical view of multithreaded applications and their interaction with the Linux kernel,” says Concurrent Real-Time.

The A177 Twister leverages the Jetson TX2 and its “CUDA and deep learning acceleration capabilities to easily handle the complex computational requirements needed in embedded systems that are managing multiple data and video streams,” says Aitech. The system is optimized for video capture, processing, and overlays. 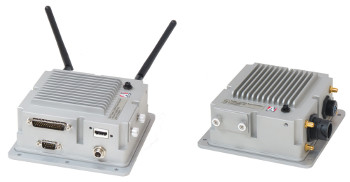 The A177 Twister supports applications including robotics, automation and optical inspection systems in industrial facilities, as well as for autonomous aircraft and ground environments,” says Aitech. Other applications include security and surveillance, mining and excavating computers, complex marine and boating applications, and agricultural machinery.

The Jetson TX2 module supplies 8GB LPDDR4 and 32GB eMMC 5.1. The A177 Twister adds a microSD slot with optional preconfigured card, as well as an optional “Mini-SATA SSD with Quick Erase and Secure Erase support.”

The system shares many features with the A176 Cyclone, with the major difference being that it adds optional WiFi-ac and Bluetooth 4.1, as well as support for simultaneous capture of up to 8x RS-170A (NTSC/PAL) composite video channels at full frame rates. It also has lower ruggedization levels and a smaller 6-24V input range compared to 11-36V, among other differences.

A177 Twister block diagram (left) and I/O specs
(click images to enlarge)
As shown in the spec-sheet above, you can purchase the Twister with and without 8x composite inputs and/or 1x SDI input with up to 1080/60 H.264 encoding. There’s also a choice of composite or SDI frame grabbers, both, or none at all. The one SKU that offers all of the above sacrifices the single USB 3.0 port.

Standard features include USB 2.0, HDMI, Composite input, GbE. 2x RS-232 (one for debug/console), 2x CAN, and 4x single-end discrete I/O. Most of these interfaces are bundled up into rugged military-style composite I/O ports.

EV178 Development System for A178 Thunder

Aitech revealed an A178 Thunder< at computer at Embedded World. The company recently followed up with a formal announcement and product page for an EV178 Development System that helps unlock the computer for early customers. 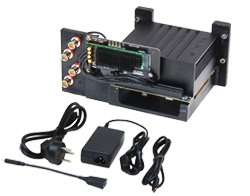 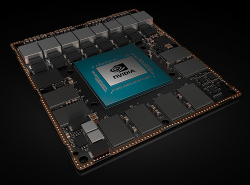 Built around Nvidia’s high-end Jetson AGX Xavier module, the compact, Linux-driven A178 Thunder “is the most advanced solution for video and signal processing, deep-learning accelerated, for the next generation of autonomous vehicles, surveillance and targeting systems, EW systems, and many other applications,” says Aitech. The EV178 Development System for A178 Thunder processes at up to 11 TFLOPS (Terra floating point operations per second) and 22 TOPS (Terra operations per second), says Aitech. 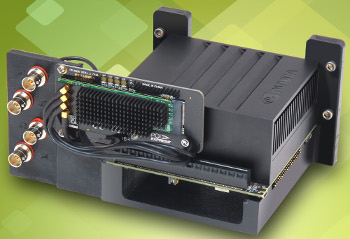 EV178 Development System for A178 Thunder
(click image to enlarge)

Preliminary specs for the EV178 Development System for A178 Thunder include:

Concurrent’s RedHawk Linux RTOS appears to be available now as an optional build for the A177 Twister and earlier A176 Cyclone, both of which appear to be available with undisclosed pricing. No ship date was announced for the EV178 Development System for A178 Thunder. More information may be found in Aitech’s RedHawk Linux announcement, as well as the A177 Twister product page. More on the A178 Thunder may be found in the EV178 Development System for A178 Thunder announcementand product page.

This article originally appeared on LinuxGizmos.com on March 18.