In June, Radxa unveiled its Rock Pi S SBC that runs Linux on a RK3308 and updated its RK3399-based Rock Pi 4 with extra memory. Now, Radxa is preparing to add to that family of Raspberry Pi pseudo clones with an SBC called Rock Pi X, based on the Intel “Cherry Trail” Atom x5-Z8300. We learned about the new board from our friends at Hackerboards, who added the Rock Pi X to its database yesterday. 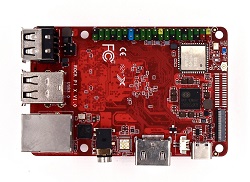 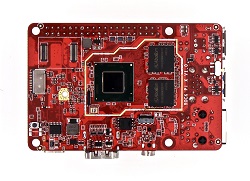 Rock Pi X, front and back
(click images to enlarge)

While this is Radxa’s first Intel Atom SBC, several open spec boards are based on the Atom x5-Z8300, including the Atomic Pi from Team IoT (DLI) and the UP board and UP Core board from Aaeon UP. Intel’s “Cherry Trail” Atom x5 Z8350 SoC can be clocked at up to 1.84GHz and has a 500MHz Intel Gen 8 HD 400 GPU featuring 12 Execution Units.

Preliminary specifications listed for the Rock Pi X include:

This article originally appeared on LinuxGizmos.com on September 11.