8devices provides a number of modules that run OpenWrt Linux, the most recent of which was its Komikan SOM based on a MIPS24k-based Realtek SoC. The Habanero appears to be the company’s 2nd module based on a Qualcomm SoC, following its IPQ4018 SoC-based Jalapeno board. 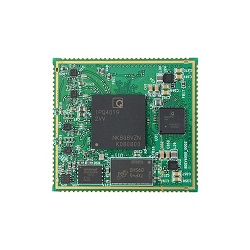 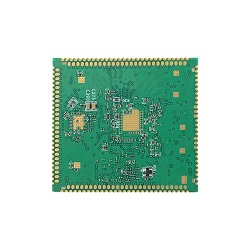 The Qualcomm’s IPQ4019 and IPQ4029—used on Habanero and Habanero-I, respectively, both feature Wave2 (or Wave 2) — the revised version of 802.11ac (WiFi 5) radios with dual-band MU-MIMO technology for simultaneous WiFi connections to multiple devices. Incorporating a quad-core Arm Cortex-A7 processor with NEON and FPU, the 40nm IPQ4019/IPQ4029 SoCs have Qualcomm security features and support for up to 5x Ethernet ports. In June, we covered three boards that sport a Qualcomm IPQ4019 SoC: the Dakota DR4019, MicroTik’s RB450Gx4 and the Kefu DB11 dev kit. 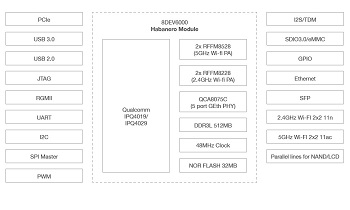 The 45 x 49 mm Habanero module, which came to our attention from an electronics-lab.com post, has a QCA8075C PHY that supports 5x Gigabit Ethernet ports. It also has USB 3.0 and USB 2.0 ports and supports other miscellaneous interfaces (details below), which can be configured as general-purpose I/O pins. Hardware based NAT engine and security features like crypto engine and secure boot make the SOM well suited for high-end, fast and secure networking applications. The Habanero comes in commercial 0 to 65°C, and industrial -40 to 85°C temperature range versions. 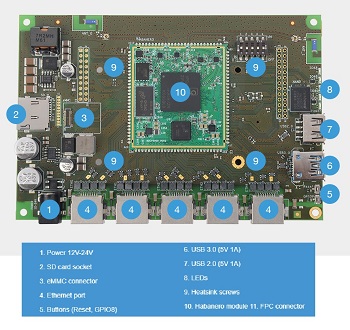 The Habanero DVK board provides several sockets and connectors that developers can use to take advantage of the SOM’s capabilities. The DVK has 5 Ethernet ports, an eMMC socket, an SD card socket, a USB 3.0 port, a USB 2.0 port, LEDs, buttons for GPI08 and Reset and 12V-24V power socket. 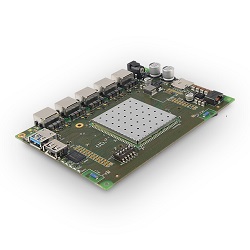 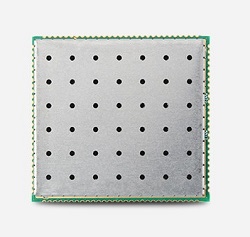 This article originally appeared on LinuxGizmos.com on September 12.