The PW1-928 RF transceiver module is intended for the reliable bidirectional transfer of digital data over distances of over 300′ in cluttered urban environments (more than half a mile in true line of sight). The module—which operates in the 902-to-928-MHz frequency band—generates a nominal 7 dBm into a 50-Ω load and achieves an outstanding RX sensitivity of –112 dBm. 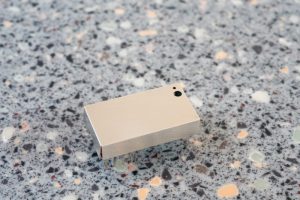 The module uses the industry standard LoRa direct sequence chirp spreading protocol combined with a proprietary data structure to both simplify user implementation and to significantly improve packet transmission reliability. It has a Universal Asynchronous Receiver Transmitter (UART) serial interface that can be directly connected to typical microcontrollers, RS-232 converters, or USB adaptors. The module automatically handles all radio functions resulting in a true UART-to-antenna wireless link. Configuration setup is also accessed through the UART interface.

The module is well suited for a variety of applications, including asset tracking, remote data logging, and industrial/home automation. Features: