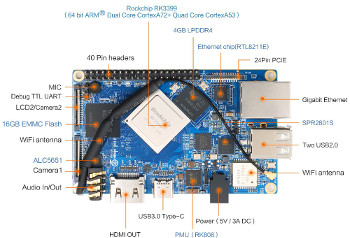 Except for the NPU on the 4B and a minor layout shift, the two models appear to be otherwise identical. Both models have a microSD slot, dual LCD/MIPI-DSI connectors, dual MIPI-CSI camera headers, a serial debug interface, a mic, and an audio jack. For expansion you get a 24-pin PCIe interface and a Raspberry Pi like 40-pin GPIO header. 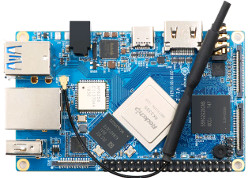 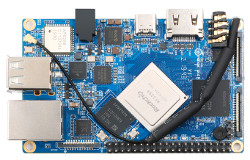 OS support for this open-spec board includes Android 8.1 and Ubuntu 18.04. However, although only Debian images are currently posted on the download page. 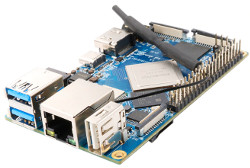 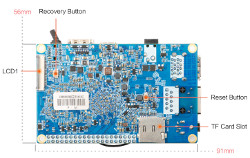 This article originally appeared on LinuxGizmos.com on November 29, 2019.