Last December, Onion updated its MIPS-based, WiFi-enabled Omega2 board with a similarly OpenWrt-driven Omega2 Pro SBC that increased RAM to 512 MB and flash to 8 GB and added real-world USB host and micro-USB ports. Now, the company has returned to Crowd Supply with a similarly open source, OpenWrt Linux driven Omega2 LTE model with 4G LTE and GNSS location connectivity. Pricing ranges from $99 for the board alone to $199 for a fully loaded “Ultimate Collection” kit, all with early August shipments. 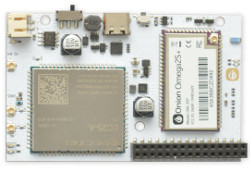 The 80 mm x 50 mm Omega2 LTE board is slightly larger than the 73 mm x 44 mm Omega2 Pro. The 5 V board features a JST-PH battery connector and LiPo battery management for mobile and remote applications. The SBC is designed for applications including remote sensor hubs and real-time asset and fleet tracking gizmos that need to report “geoposition, an accurate timestamp, and other data to remote servers,” says Onion.

The Omega2 LTE is equipped with a Quectel EC25 chipset available in variants for North American and global LTE Cat 4 networks. Cat 4 provides 150Mbps downlink and 50Mbps uplink speeds. The Omega2 LTE board supports the module with a nano-SIM slot and U.FL connectors for main and diversity antennas.

You can set up the system to keep the power-sucking LTE modem asleep for most of the time, waking only at intervals to transmit cached data stored on the microSD card. At the same time, you can keep the lower-powered GNSS connection operating continually. The system can also be configured to share the LTE connection over the Omega 2S+ WiFi radio, which can simultaneously establish an access point while running a client session. As usual, the WiFi radio includes with u.FL connector and is accompanied by a 2 dBi directional chip antenna. 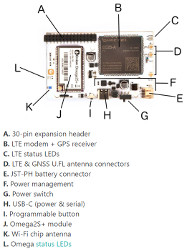 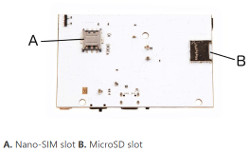 The Omega2 LTE lacks the USB 2.0 host port of the Omega2 Pro. In place of the micro-USB port, it supplies a USB Type-C port with power and serial communications support. A USB-to-serial chip provides always-on access to the command line for configuration and debugging. Alternatively, you can use a more secure command-line terminal connection through the local network using SSH.

The SBC is further equipped with a power switch, a programmable button, multi-colored status LEDs for LTE and general operation, and a 30-pin GPIO connector. The latter supports the same add-on modules that debuted on the Omega2 Pro. including 10/100 Ethernet, 1-inch OLED, 16-signal servo, 4-channel, 16-bit ADC, NFC/RFID, and a proto-pad breadboard for soldering. 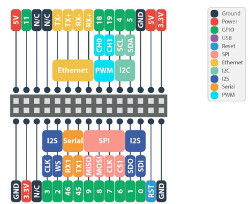 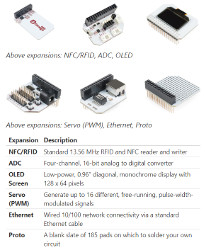 Like the Omega2 Pro, the board offers the OnionOS GUI stack on top of the underlying OpenWrt 18.06 Linux distro stored in flash. Running within a browser, OnionOS supports languages such as Python, GoLang, NodeJS, PHP, C, and C++. It also includes Terminal and Code Editor apps.

The Omega2 LTE is available for the next 36 days on Crowd Supply starting at $99 with volume discounts. Shipping is free in the U.S. and $10 to $15 worldwide, and current orders will be fulfilled Aug. 9. More information may be found on the Omega2 LTE Crowd Supply page and the Onion website.

This article originally appeared on LinuxGizmos.com on May 22.