As digital speeds and device complexity continue to increase, signals under test are getting more complex, and engineers are more challenged to isolate anomalies in their devices. Intuitive graphical triggers, previously unavailable in mainstream oscilloscopes, help engineers debug and characterize their cutting-edge devices faster and more easily. With graphical triggers, engineers can use a finger to draw a box around a signal of interest on the instrument display to create a trigger. 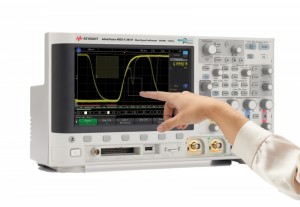