WIN Enterprises has announced the MB-73480 which supports the AMD Ryzen Embedded V1000 processor family. The AMD processors combine the performance of the AMD “Zen” CPU and “Vega” GPU architectures in an integrated SoC solution. In addition, the AMD Ryzen processors deliver discrete-GPU caliber graphics and multimedia processing. Compute performance clocks to 3.61 TFLOPS with thermal design power (TDP) as low as 12 W and as high as 54 W. 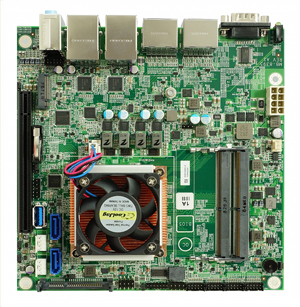