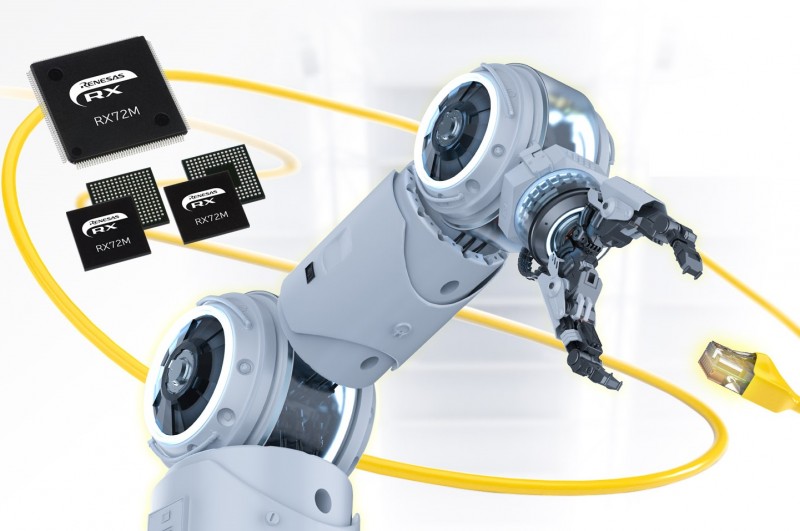 According to Renesas, the use of EtherCAT in industrial Ethernet is growing fast, and is currently used on dedicated MCUs, ICs, and high-end SoC devices specialized for EtherCAT communication. The new RX72M Group achieves the superior performance of a 1396 CoreMark score at 240 MHz as measured by EEMBC Benchmarks, and it is capable of both application processing and EtherCAT communication. Combining a motor-control MCU with on-chip EtherCAT slave functions allows industrial application developers reduce their bill of materials (BOM) and support the miniaturization levels required for industrial equipment design.

The RX72M Group is the first RX MCU group to include an EtherCAT slave controller featuring the RX family’s highest SRAM capacity—1 MB of SRAM—and 4 MB of Flash memory. The large-capacity SRAM allows the MCUs to run multiple memory-intensive middleware systems, such as TCP/IP, web servers, and file systems, at high speed without the use of external memory. It also provides flexibility for the support of future functional expansions, such as OPC United Architecture (OPC UA) with no additional memory required. The on-board flash memory operates as two 2 MB banks, which enables stable operation of the end equipment, such as executing a program in one flash memory while simultaneously conducting background rewrites in the other flash memory.

Key features of the RX72M MCUs: