The M-Module M77N from MEN Micro has been developed according to the ANSI Mezzanine standard and extends carrier boards by four electrically isolated serial interfaces, which can be adapted to the respective requirements by software. M-Modules—an ANSI-VITA standard since 1997—are ideally suited for the connection of binary and analog process I/O, robotics, motion and measurement functions. As an extension to all common bus systems such as CompactPCI, ComapctPCI Serial, VME or independent SBCs, mezzanine modules complement each application in a tailor-made and modular manner. 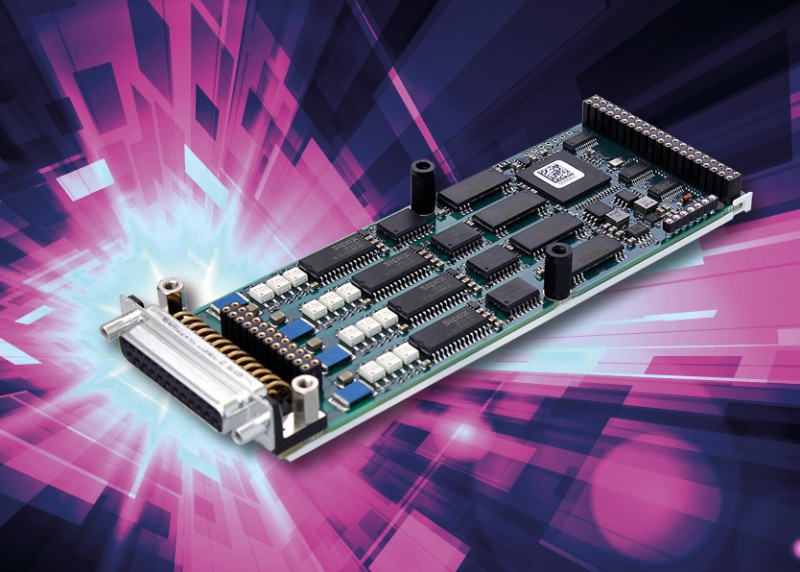 The M-Module M77N supports four high-performance UARTs with RS232 or RS422 / 485 interfaces – implemented in the FPGA. These are accessible via a D-Sub connector at the front and can be connected to the carrier card, and thus to the backplane of the system via a 24-pin onboard connection if required. The interface mode of the M-Module can be changed by the software.

The serial lines have been optically isolated, which is essential for use in automotive or industrial applications as well as in mobile environments, for example, to protect the control system from external disturbances such as high voltage pulses. All components of the M77N are firmly soldered against shock and vibration, and are approved for a temperature range of -40°C to +85°C.