Cypress Semiconductor has announced it is sampling two low-power, dual-mode Bluetooth 5.0 and Bluetooth Low Energy (BLE) MCUs that include support for Bluetooth mesh networking for the Internet of Things (IoT). The new CYW20819 and CYW20820 MCUs each provide simultaneous Bluetooth 5.0 audio and BLE connections. 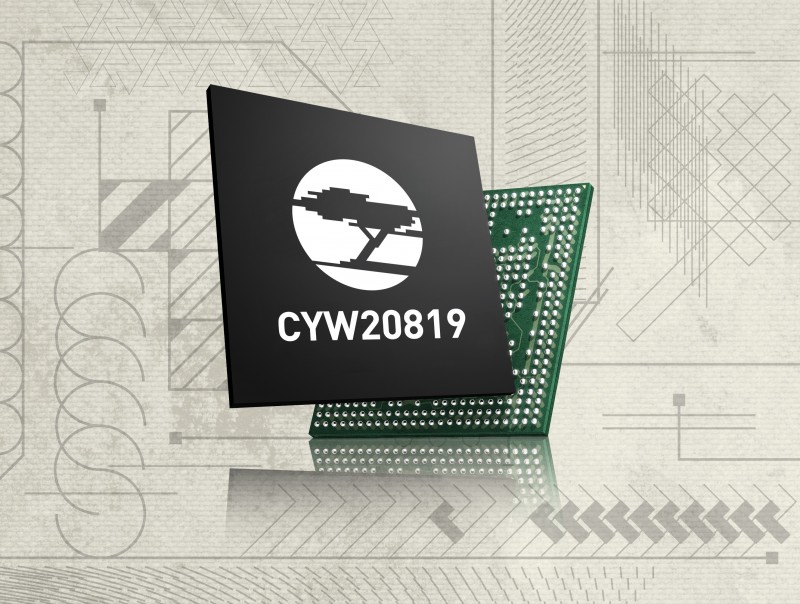 The CYW20819 Bluetooth/BLE MCU has the ability to maintain Serial Port Profile (SPP) protocol connections and Bluetooth mesh connections simultaneously. The CYW20820 offers the same features and integrates a power amplifier (PA) with up to 10 dBm output power for long-range applications up to 400 m and whole-home coverage. This provides classic Bluetooth tablet and smartphone connections while enabling a low-power, standards-compliant mesh network for sensor-based smart home or enterprise applications.

Both MCUs embed the Arm Cortex-M4 core. It enables operation at 60% lower active power for connected 200-ms beacons compared to current solutions—delivering up to 123 days of battery life from a CR2032 coin cell battery. Previously, users needed to be in the immediate vicinity of a Bluetooth device to control it without an added hub. Using Bluetooth mesh networking technology, combined with the high-performance integrated PA in the CYW20820, the devices within a network can communicate with each other.