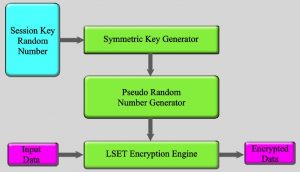 Three versions of the LSET Professional product line are available for different levels of security and processing resources:

On a common 32-bit microcontroller, a typical implementation of the LSET ProX package would require about 600 bytes of code space plus 64 bytes of RAM and with a 20-MHz CPU clock encryption/decryption could be performed in about 2.5 µs per byte.