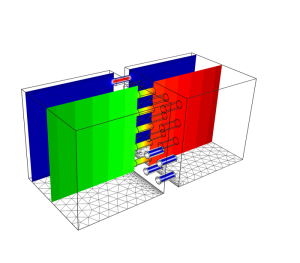 The complete suite of computational tools provided by COMSOL Multiphysics software and its Application Builder enables you to design and optimize your products and create apps. Simulation apps enable users without any previous experience using simulation software to run the apps. With version 5.2a, designers can build even more dynamic apps where the appearance of the user interface can change during run time, centralize unit handling to better serve teams working across different countries, and include hyperlinks and videos.