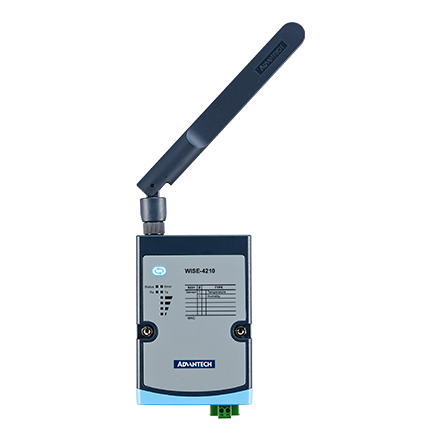 By supporting a network transmission distance of up to 5 km, the WISE-4210 series meets the requirements of large-scale interior environments such as data centers, factories and warehouses for collecting and applying a wide range of interior data. With LPWAN technology, only three 3.6 V lithium batteries are required to operate the WISE-4210 sensor nodes for up to five years, eliminating the need for additional wiring and frequent recharging. Additionally, the WISE-4210 series supports multiple transfer protocols, including MQTT, RESTful, Modbus/TCP and Modbus/RTU, for simple device-to-cloud connections.

The three wireless nodes support direct data transmissions to SCADA and cloud platforms through a WISE-4210-AP, eliminating the need for a separate data conversion device. The WISE-4210-AP access point is capable of managing up to 64 nodes simultaneously, and thus can simplify overall infrastructure and save installation space.