Ayla Networks has announced new capabilities to its IoT platform that will further simplify the ability to gain business value from IoT. This new Ayla IoT platform release overcomes restrictions on choosing wireless modules to connect to the Ayla IoT cloud and streamlines the creation of enterprise applications that use IoT device data.

A new Ayla portable software agent significantly cuts the time needed to get to market with IoT initiatives, by allowing manufacturers to select essentially any cellular or Wi-Fi module and have it connect easily to the Ayla IoT cloud. For makers of IoT solutions and service providers, the Ayla IoT platform has added new application enablement capabilities that make it faster and easier to build both mobile and web-based enterprise applications that take advantage of IoT data. 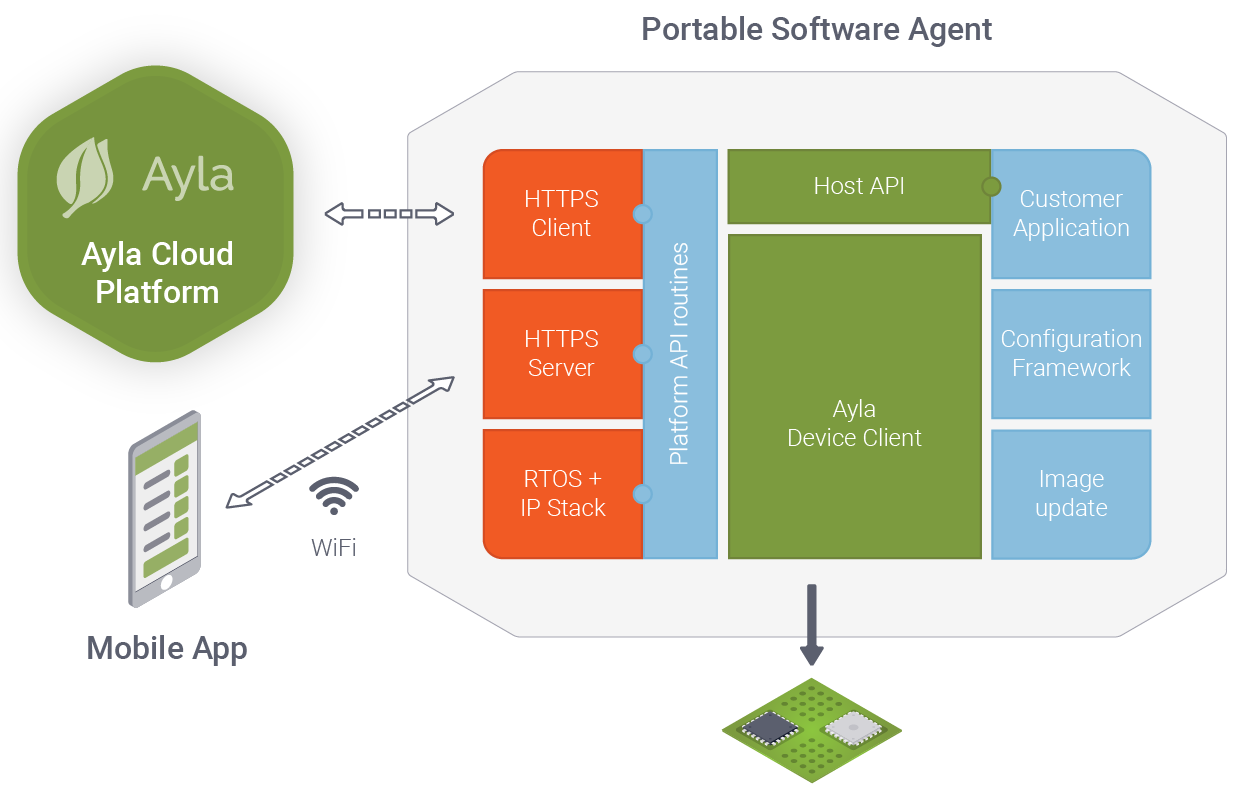 To connect to an IoT cloud, devices use an embedded cellular or Wi-Fi module, comprising both a hardware chip and a software agent, that provides wireless cloud connectivity. Until now, IoT software agents had to be built and certified to work with a specific chip and module type, an expensive process that could take a year or more and involve significant certification overhead.

The new Ayla portable agent circumvents this problem by enabling connectivity to the Ayla IoT cloud from any cellular or Wi-Fi module—without the lengthy process of certifying a different software agent for each chip or module variation, and without having to generate source code to port the agent to a chosen module. As a result, IoT solution providers that want to connect to the Ayla IoT cloud are no longer restricted to a list of certified cellular or Wi-Fi modules; instead, they can take a bring-your-own (BYO) approach to IoT modules.