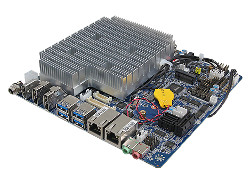 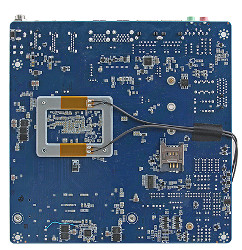 EMX-KBLU2P portside view
(click image to enlarge)
Triple simultaneous displays are available with 4K-ready HDMI 1.4b and 2x DisplayPort 1.2a connections — one with HDMI support and the other with DP++. You also get dual-channel, 18/24-bit LVDS with HD resolution, which can be swapped out for an eDP port. Dual audio jacks are supported with a Realtek ALC892 codec, and you also get dual 6W amplifiers and an S/PDIF audio interface. 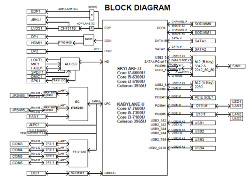 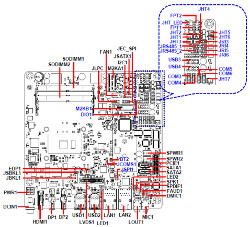 No pricing or availability information was provided for the EMX-KBLU2P. More information may be found in Avalue’s EMX-KBLU2P announcement and product page.

This article originally appeared on LinuxGizmos.com on April 15.