Attendance at the recent Embedded World 2016 conference in Nuremberg, Germany, increased 17% (30,063 trade visitors) over 2015. Wisse Hettinga was in attendance and took notes on some of the more interesting technologies on display. He writes:

Say “ino” and most engineers and electronics enthusiasts will think, “Arduino.” That also goes for “Controllino,” which is a programmable logic controller (PLC) based on Arduino hardware and software. Marco Riedesser started developing this new product after he repaired a coffee machine with parts he designed. His Controllino is intended for the new generation of automation experts who grew up with the Arduino platform. The Controllino is 100% compatible with the Arduino platform and makes use of the SDK. And, perhaps most importantly, it is an open development system. For more information, visit https://controllino.biz/. 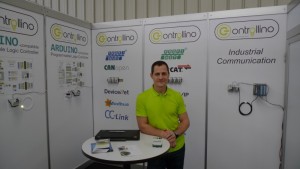 NXP Semiconductors knows that innovative new technologies don’t appearing out of the blue, which is why it created the Hexiwear wearable development platform. Along with MikroElektronika, NXP is promoting this new piece of hardware to the design community via a Kickstarter campaign. 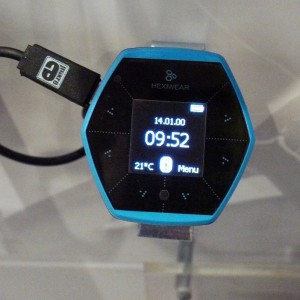 Due to its compact design, you can use the Hexiwear as a watch or, if you need more functionality, you can click it onto the developer’s main board. The open-source Hexiwear’s features and specs include:

Intel Edison, What Did You Make?

When the Edison board was launched in 2014, it drew quite some attention from the community of makers. The board was heavy specified, wearable, and IoT ready. It allowed quick prototyping and the close connections with the Arduino world promised a smooth introduction into the world of designers and entrepreneurs with great ideas for the future. The module also came with seriously high price tag. 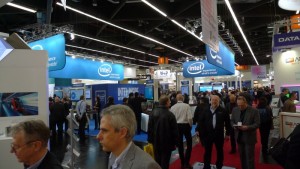 In the first months after the launch, there was a lot of interest. Some projects made it to the headlines, but things eventually quieted down around the platform. Was it the price, or was it the fact that the world of the x86 is different from the world of AVR or ARM? Or perhaps you need Linux knowledge to dig deeper into the system?

Embedded World 2016 in Nuremberg was a good opportunity to learn about the board’s status. According to Intel’s Ken Caviasca (VP in the IoT Group and GM of platform engineering and development), it is clear that Intel is still serious about addressing the makers community with the Edison module. A new board was announced on the Intel Developers Conference and the initiative is alive and well. Intel’s main objective for the Edison board is to get designers involved and to pick up new interest in the x86. Caviasca  confirmed that the Edison project is on target and many makers are using the platform for their designs. With a confident Intel about the future of  Edison, a big question remains: What will you make with it?