Infineon has made a strategic minority investment in XMOS Limited, a Bristol based fabless semiconductor company that provides voice processors for IoT devices. Infineon leads the recent $15 million Series-E funding round. According to Infineon, cars, homes, industrial plants and consumer devices are rapidly becoming connected to the Internet: 3 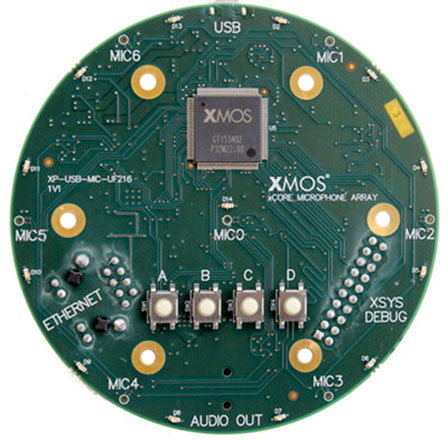 years from now, 30 billion devices will belong to the IoT. While today the interaction between humans and machines is mostly done by touch, the next evolutionary step of IoT will lead to the omni-presence of high-performance voice control. Infineon Technologies  wants to further develop its capabilities to shape this market segment.

Today, voice controllers, used in voice recognition systems, struggle to differentiate between speech from a person in the room, and a synthesized source such as a radio, TV; they often identify the voice of interest based on the loudest noise. Earlier in 2017 Infineon and XMOS demonstrated an enhanced solution to overcome these issues, using intelligent human-sensing microphones and gesture recognition. The solution featured a combination of Infineon’s radar and silicon microphone sensors to detect the position and the distance of the speaker from the microphones, with XMOS far field voice processing technology used to capture speech.