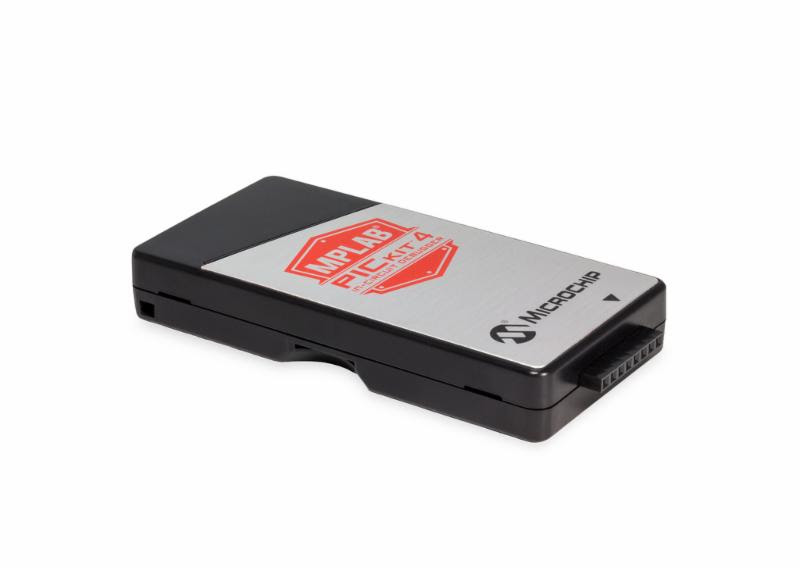 This low-cost programming and debugging solution is well suited for those designing in the 8-bit space, but it is also perfectly suited for 16- and 32-bit development due, in part, to its 300 MHz, high-performance ATSAME70Q21B microcontroller on board. The benefits of faster programming time are less waiting and better productivity during development. This is especially important when designing with 32-bit microcontrollers with larger memory capacities.

The PICkit 4 development tool enables debugging and programing using the graphical user interface of MPLAB X Integrated Development Environment (IDE). The tool connects to the design engineer’s computer using a Hi-Speed USB 2.0 interface and can be connected to the target via an 8-pin single inline header that supports advanced interfaces such as 4-wire JTAG and serial wire debug with streaming data gateway. It is also backward compatible for demo boards, headers and target systems using 2-wire JTAG and In-Circuit Serial Programming (ICSP) compatibility.

The new interfaces make this low-cost tool compatible with Microchip’s CEC1702 hardware cryptography-enabled devices. This low-power, but powerful, 32-bit MCU offers easy-to-use encryption, authentication and private and public key capabilities. CEC1702 users can now benefit from using Microchip’s development tools and support rather than being required to invest in third-party tools for programming and debugging. The MPLAB PICkit 4 (PG164140) development tool is available today for $47.95.