Microchip Technology, in partnership with The Things Industries, has announced the what it claims is industry’s first end-to-end security solution that adds secure, trusted and managed authentication to LoRaWAN devices at a global scale. The solution brings hardware-based security to the LoRa ecosystem, combining the MCU- and radio-agnostic ATECC608A-MAHTN-T CryptoAuthentication device with The Things Industries’ managed join servers and Microchip’s secure provisioning service. 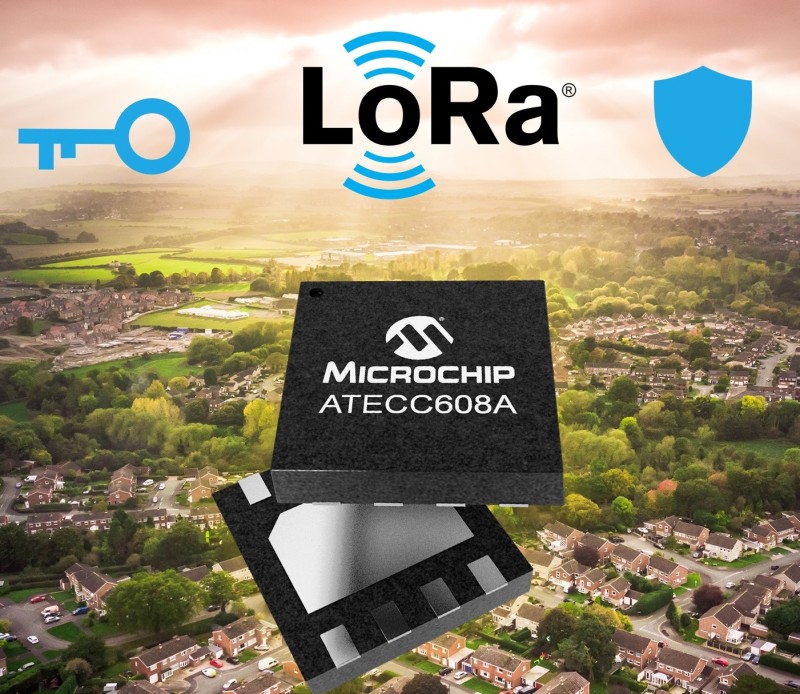 The joint solution significantly simplifies provisioning LoRaWAN devices and addresses the inherent logistical challenges that come with managing LoRaWAN authentication keys from inception and throughout the life of a device. Traditionally, network and application server keys are unprotected in the edge node, and unmonitored, as LoRaWAN devices pass through various supply chain steps and are installed in the field.

The Common Criteria Joint Interpretation Library (JIL) “high”-rated ATECC608A comes pre-configured with secure key storage, keeping a device’s LoRaWAN secret keys isolated from the system so that sensitive keys are never exposed throughout the supply chain nor when the device is deployed. Microchip’s secure manufacturing facilities safely provision keys, eliminating the risk of exposure during manufacturing. Combined with The Things Industries’ agnostic secure join server service to the LoRaWAN network and application server providers, the solution decreases the risk of device identity corruption by establishing a trusted authentication when a device connects to a network.

Microchip and The Things Industries have also partnered to make the onboarding process of LoRaWAN devices seamless and secure. LoRaWAN device identities are claimed by The Things Industries’ join server with minimal intervention, relieving developers from needing expertise in security. Customers can not only choose any LoRaWAN network but can also migrate to any other LoRaWAN join server by rekeying the device. This means there is not a vendor lock-in and customers have full control over where and how the device keys are stored.

The ATECC608A is agnostic and can be paired with any MCU and LoRa radio. Developers can deploy secure LoRaWAN devices by combining the ATECC608A with the SAM L21 MCU, supported by the Arm Mbed OS LoRaWAN stack, or the recently-announced SAM R34 System-in-Package with Microchip’s LoRaWAN stack. For rapid prototyping, designers can use the CryptoAuthoXPRO socket board and The Things Industries provisioned parts in samples with the SAM L21 Xplained Pro (atsamd21-xpro) or SAM R34 Xplained Pro (DM320111).

The ATECC608A-MAHTN-T device for The Things Industries, including the initial year of prepaid TTN service, is available in volume production for $0.81 each in 10,000-unit quantities.