Semtech has announced that machineQ, Comcast’s enterprise Internet of Things (IoT) network service, has connected operational LoRaWAN networks to 10 U.S. cities. The extensive and comprehensive network coverage in these markets increases access at the network edge to add value to solutions providers and enterprises, establishing a strong foundation for nationwide deployment.

According to ABI Research, IoT technology revenues across 12 key smart city technologies and verticals, including metering, parking and street lighting, is expected to grow from around $25 billion in 2017 to $62 billion in 2026 at an average growth rate of 11%. This rapid adoption will need a proven infrastructure that is able to scale and provide key LoRa capabilities to support multiple applications. 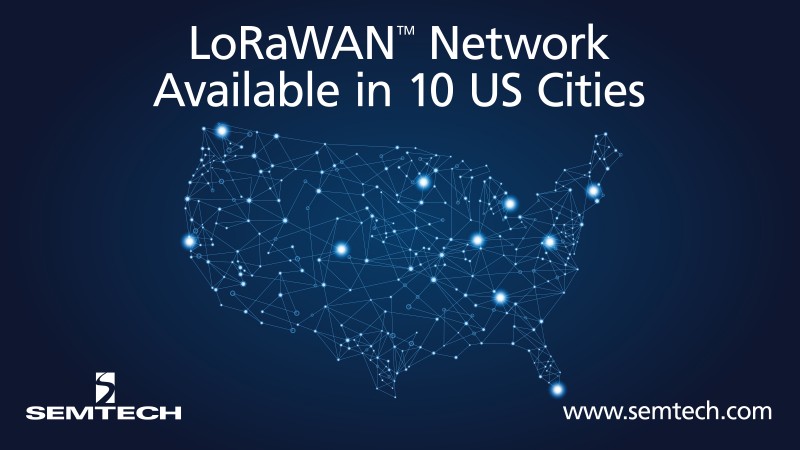 According to Semtech, machineQ’s optimized LoRaWAN network drives even more diverse applications and IoT adoption. MachineQ’s widespread and comprehensive presence in these 10 cities demonstrates shows that Semtech’s LoRa Technology is able to support a diverse number of applications in making cities smarter, from improving parking congestion to remote lighting control for street lights.