MediaTek has announced the MT6795, which the company is targeting at the high-end Android 4G smartphones and tablet segment. According to the press release, the eight-core processor also supports 2560 × 1600 resolution displays, FDD/TDD LTE technology, 802.11ac WiFi, Bluetooth, GPS, FM Radio, and 2G and 3G wireless networks. 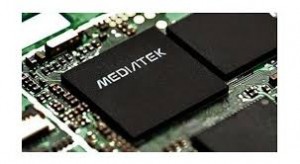 The MT6795 uses eight ARM Cortex-A53 processors, based on a 28-nm process that clocks at 2.0 GHz and a Mali-T760 GPU to handle display control. MediaTek also supplies its CorePilot technology, which provides multicore processor performance and thermal control of the chip. The MT6795 also supports dual-channel LPDDR3 memory at 933 MHz.

According to MediaTek, we can expect to see 4G smartphones using MT7695 chips before the end of  2014.