Microchip Technology recently announced the availability of the 3DTouchPad, which it describes as “a PC peripheral and world’s first Development Platform for 2D multi-touch and 3D gestures.” 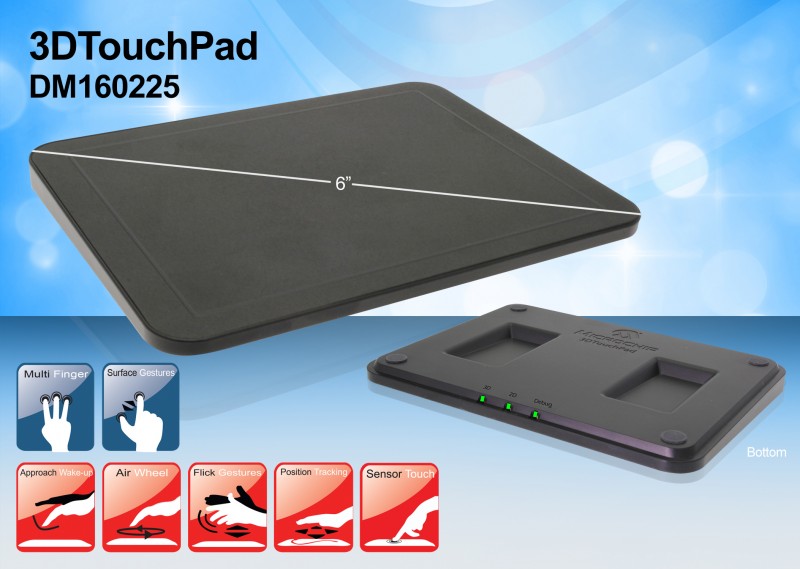