Prior to Embedded World in late February, Variscite previewed the VAR-SOM-6UL with incomplete details. The SODIMM-200 form-factor module has now launched starting at $24 in volume along with a VAR-SOM-6UL Development Kit and Starter Kit equipped with a Concerto carrier board. New features include memory and storage details and the availability of 0 to 70°C and -40 to 85°C models. 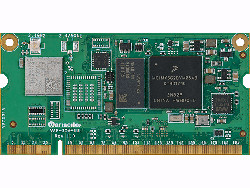 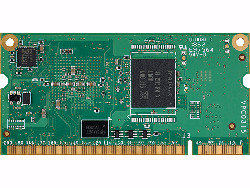 The VAR-SOM-6UL offers a choice of three Cortex-A7-based i.MX6 UltraLite variants at up to 900MHz: the original i.MX6 UL and almost identical i.MX6 ULL and the newer, stripped down i.MX6 ULZ. The i.MX6 ULZ is also available on Variscite’s smaller DART-6UL module along with the UL and ULL.

The headless, up to 900MHz Cortex-A7 ULZ SoC offers most of the I/O of the of the i.MX6 UL and ULL, including their extensive audio interfaces. However, it lacks features such as the 2D Pixel acceleration engine and dual Ethernet controllers.

Recently, NXP launched a next-gen follow-on to the UltraLite line with its 28nm, FD-SOI fabbed i.MX7 ULP. The SoC adds a 3D GPU and Cortex-M4 to the power-sipping, single-core -A7.

The VAR-SOM-6UL provides certified dual-band WiFi 802.11ac and Bluetooth 4.2 BLE, as well as dual 10/100 Ethernet controllers. (It’s unclear if these are included on the ULZ model.) Supported I/O includes USB 2.0 host and OTG ports, 8x UARTs at up to 5Mbps, and SD/MMC, 4x I2C, 4x SPI, and 2x CAN. There are also dual, 10-channel 12-bit ADC interfaces and support for a carrier-deployed RTC. 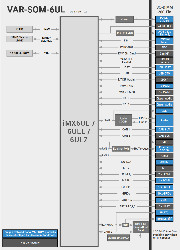 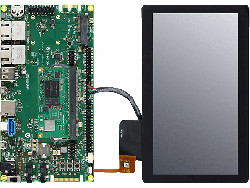 Media interfaces include 24-bit Parallel LCD and 18-bit LVDS, both at up to 1366 × 768 pixels with resistive and capacitive touch support. There’s also a 24-bit Parallel camera interface and audio features including analog line-in/out, headphone support, and digital SPDIF and SSI.

The module offers extended lifetime availability, 3D and DXF mechanical files, and pin-to-pin compatibility with other VAR-SOM modules. These include the quad-core VAR-SOM-MX6 and more recent VAR-SOM-MX8X, among others.

The VAR-SOM-6UL is available with a $149 VAR-SOM-6UL Starter Kit and a more feature-rich, $269 Development Kit. Both kits provide the module and “Concerto” carrier board plus a debug cable, antenna, boot/rescue card, and a carrier board design package. The Development Kit adds an Ethernet cable, a 12V power supply, and a 7-inch capacitive touchscreen. 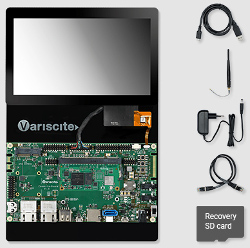 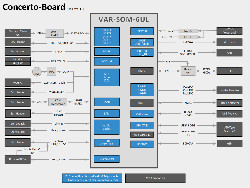 The Concerto carrier, which is available with schematics, is equipped with dual 10/100 Ethernet ports, a microSD slot, and an LVDS connector with backlighting controls and resistive and capacitive touch support. There are also dual audio jacks and an onboard digital mic.

The specs don’t include other features shown in the image and block diagram, including a USB 2.0 host port, a micro-USB OTG port, and a micro-USB debug port. There are also headers for CAN, UARTs, and other I/O.

This article originally appeared on LinuxGizmos.com on August 15.