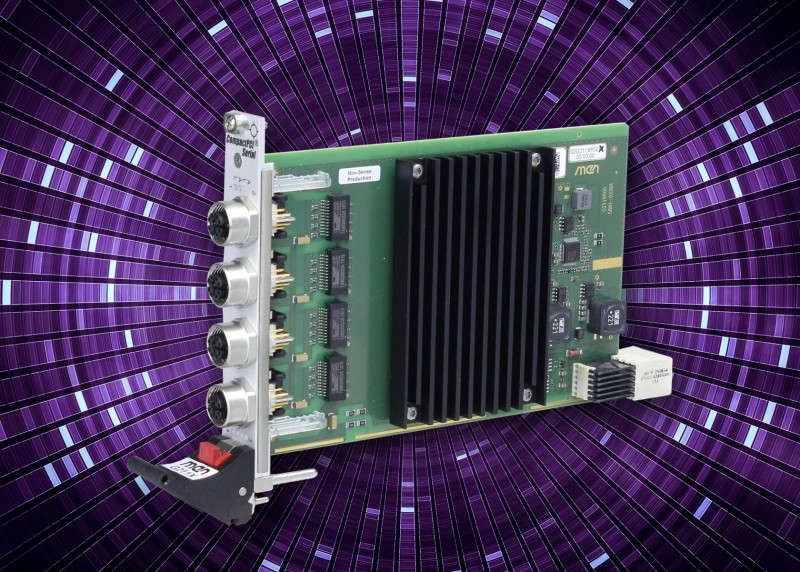 All four interfaces are controlled by an Ethernet controller connected to the backplane via an x4 PCI Express connection. Each interface also supports a data transmission rate of 1 Gbit/s—even if all four channels are used simultaneously. For better control, two LEDs each indicate the connection and activity status of the interfaces. The G211X is designed for the extended operating temperature and prepared for conformal coating for use in harsh and mobile environments, in particular for rolling stock applications.