MEN Micro has announced its BC51M box PC based on the Intel Atom E3900 series, optionally with two or four cores, up to 1.6 GHz. The fanless and maintenance-free device is used in graphics and memory intensive applications in trains, buses or commercial vehicles and, thanks to its numerous communication interfaces, is highly variable.

With 8 GB DDR3 SDRAM memory, a rear accessible SD card, an integrated eMMC memory and an optional SATA HDD/SSD, the box PC has the necessary storage capacity for entertainment servers or video surveillance systems.  The BC51M was designed for mobile use in trains, buses or commercial vehicles and takes over wireless on-board functions such as Internet on board, positioning via GNSS, entertainment or predictive maintenance. 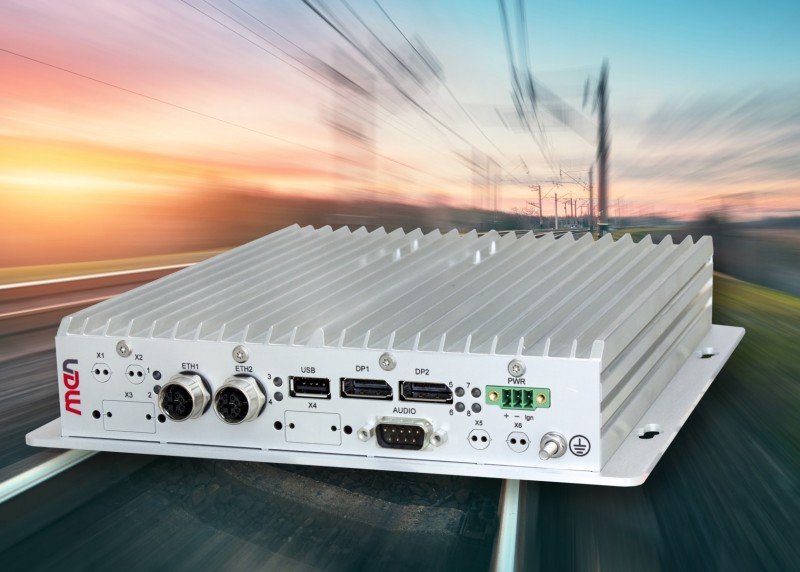 The box PC supports up to two DisplayPort interfaces with a maximum resolution of 4K, as well as two Gigabit Ethernet interfaces, one USB 2.0, one HD audio and two variable connections for serial I/O, CAN bus, MVB or IBIS. Two PCI Express Mini Card slots and two micro-SIM slots provide flexibility in implementing mobile service standards up to 4G LTE or WLAN. The system is designed for fanless operation at temperatures from -40°C to +85°C. Thanks to the integrated 30 W/24 VDC wide-range power supply, the box PC complies with the railway standard EN 50155 and ISO 7637-2 for road vehicles.