Commell has announced the LP-150, a Rockchip RK3128 based Pico-ITX SBC that appears to be its first ARM-based embedded board of any kind. The 100 mm x 72 mm LP-150 is the only ARM-based SBC out of the many dozens of mostly Intel-based boards listed on Commell’s SBC page.

Shipping with Android 4.4.4, but also supporting Linux, the LP-150 is intended primarily for imaging, machine vision and digital signage applications. Other Commell Pico-ITX SBCs include its Intel Braswell based LP-176. 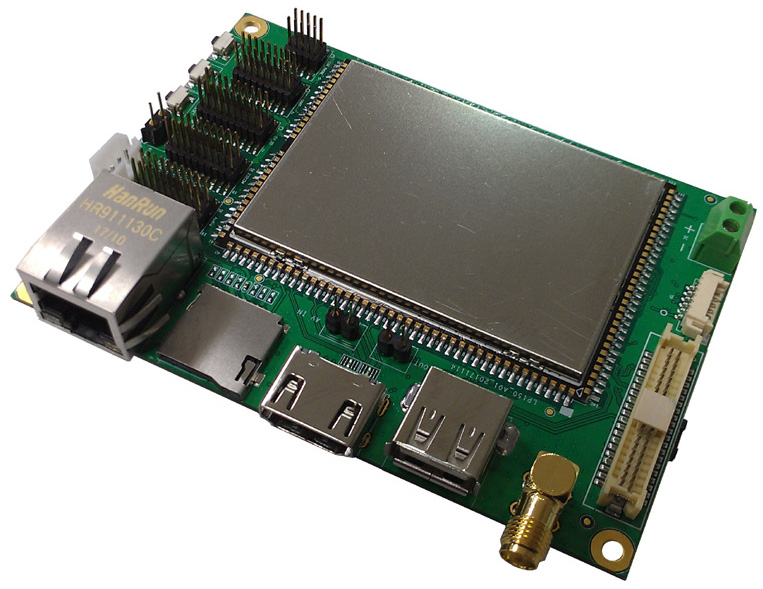 Rockchip’s quad-core, Cortex-A7 RK3128 hasn’t seen as much uptake in the embedded world as the quad -A17 RK3288, which is found on hacker boards such as the Firefly-RK3288 Reload or the high-end, hexa-core RK3399, which has appeared on numerous recent products such as OpenEmbed’s em3399 module or Aaeon’s RICO-3399 PICO-ITX SBC. The only RK3128-based SBC we can recall is the open spec Firefly-FirePrime S.

The LP-150 SBC has a fairly modest feature set, with only 512 MB DDR3. Yet, it offers a few features you don’t typically find on x86 Pico-ITX SBCs like eMMC storage (8GB) and built-in Wi-Fi. Media features include an HDMI 1.4 port limited to HD resolution and an LVDS interface with capacitive touchscreen support. You also get CVBS inputs and outputs and audio I/O headers.

The LP-150 is further equipped with a GbE port and USB 2.0 host and OTG ports. There is also an RTC with battery, and a smattering of RS-232, UART, and GPIO interfaces.

Specifications listed for the Commell LP-150 include:

No pricing or availability information was provided for the LP-150. More information may be found on Commell’s LP-150 product page.