CENTRI has announced compatibility of its IoTAS platform with the STMicroelectronics STM32 microcontroller family based on ARM Cortex-M processor cores. CENTRI successfully completed and demonstrated two proofs of concept on the STM32 platform 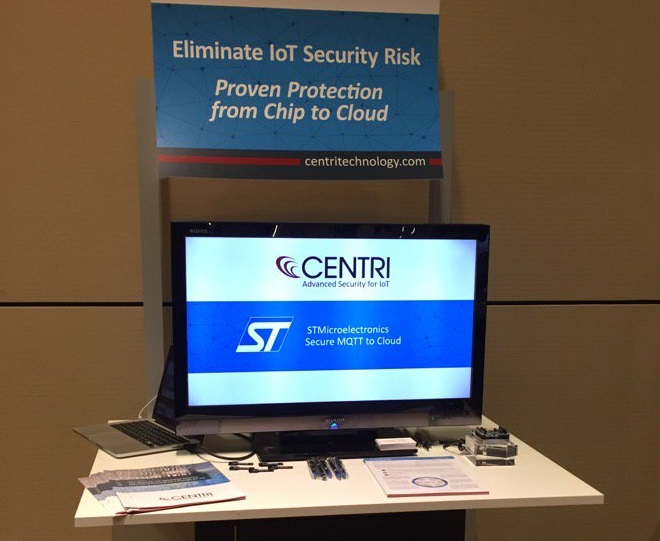 to protect all application data in motion from chipset to public Cloud using CENTRI IoTAS. CENTRI Internet of Things Advanced Security (IoTAS) for secure communications was used in an application on an STM32L476RC device with connected server applications running on both Microsoft Azure and Amazon Elastic Compute Cloud (Amazon EC2) Clouds. The proofs of concept used wireless connections to showcase the real-world applicability of IoT device communications in the field and to highlight the value of IoTAS compression and encryption.