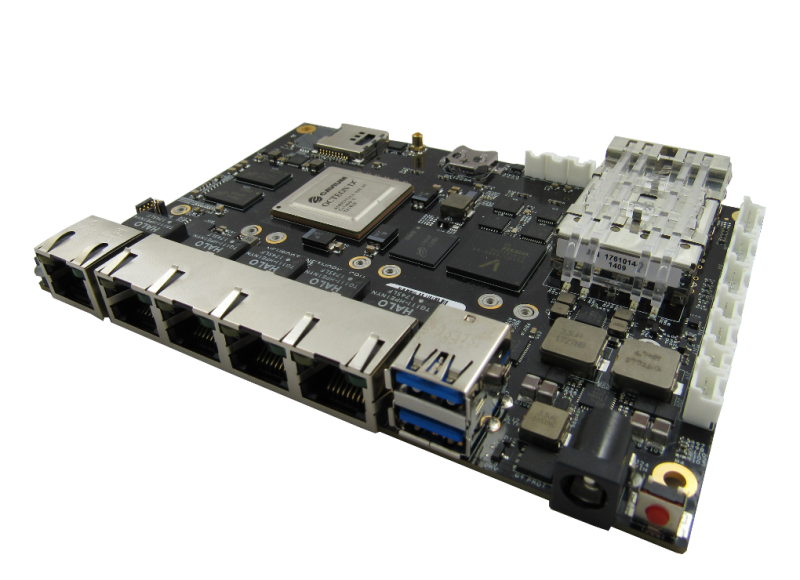 The GW6400 and GW6404 are members of the Gateworks 6th generation Newport family of single board computers targeted for a wide range of indoor and outdoor networking applications. The SBCs feature the Cavium OcteonTX ARMv8 SoC processor, up to five Gigabit Ethernet ports, and four Mini-PCIe expansion sockets for supporting 802.11abgn/ac wireless radios, LTE/4G/3G CDMA/GSM cellular modems, mSATA drives and other PCI Express peripherals. A wide-range DC input power supply provides up to 15 W to the Mini-PCIe sockets for supporting the latest high-power radios and up to 10 W to the USB 2.0/3.0 jacks for powering external devices. Power is applied through a barrel jack or an Ethernet jack with either 802.3at or Passive Power over Ethernet. The GW6400 does not have SFP Ports loaded.