Nuvoton Technology has announced that it is demonstrating the capability of FreeRTOS kernel support with the NuMicro M2351 Series. According to the company, the M2351 is one of the first Arm Cortex-M23 based MCUs that has a preconfigured example that embedded developers can use to run FreeRTOS on the officially supported Armv8-M architecture. Amazon Web Services (AWS) released the latest FreeRTOS kernel that includes a preconfigured example project for the Nuvoton NuMaker-PFM-M2351 evaluation board (shown). 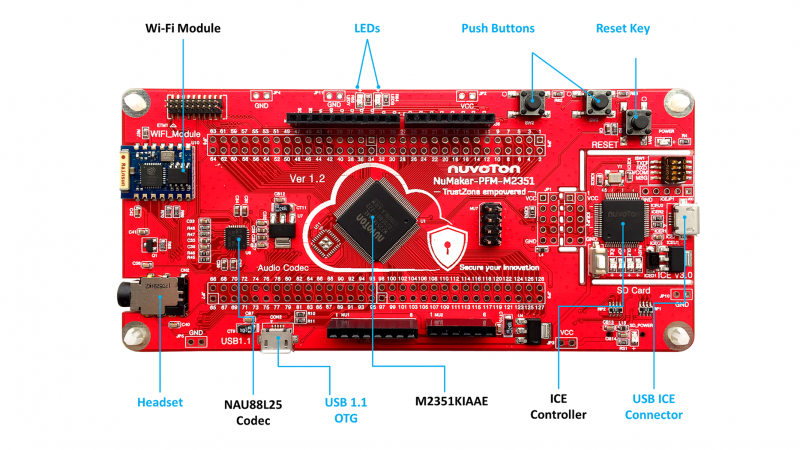 At the beginning of 2019, the M2351 Series had achieved with Arm PSA (Platform System Architecture) Level 1 Certified and PSA Functional Certification. PSA Certified enables device makers to achieve the security required for their use cases through three progressive levels of security assurance, each requiring increasingly rigorous hardware and software evaluation, which are assigned by analyzing the use case threat vectors.