Freescale’s i.MX6 was ahead of its time when it launched in 2011, and in the NXP era it it has continued to hold on in the embedded Linux market far longer and with greater dominance than any other processor. It’s only a matter of time before i.MX6-focused embedded vendors like Gateworks move on to the i.MX8 or other SoCs, but in the meantime there’s something to be said for working with a consistent SoC and platform/software platform rather than starting from scratch every few years.

Gateworks has just added to its i.MX6 collection by posting a product page for a new member of its Linux-supported, i.MX6-driven Ventana SBC family. Like other Ventana boards, the headless, wireless-oriented Ventana GW5910 supports -40 to 85°C temperatures. 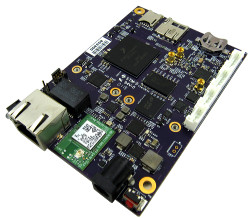 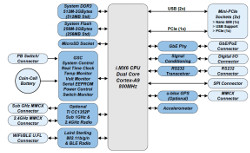 Like the Ventana GW5530, the Ventana GW5910 offers mini-PCIe expansion, and this time there are two slots instead of one. One of them supports mSATA storage and the other is accompanied by a nano-SIM slot with LTE support.

The 802.15.4g and GPS modules do not use the mini-PCIe slots, so you could conceivably have five different wireless technologies onboard at once, as well as a GbE port with both passive and active 802.3af Power-over-Ethernet support.

Like most of the Ventana boards, the GW5910 uses the dual Cortex-A9 version of NXP’s i.MX6. The board defaults to an OpenWrt BSP with U-Boot, and there’s also an Ubuntu BSP available. It lacks the Yocto, Debian, and Android support found on the other boards. 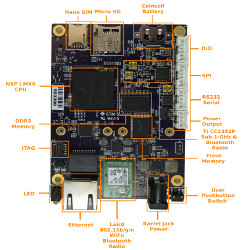 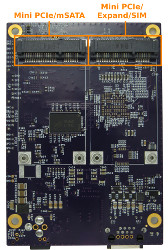 The Ventana GW5910 ships with the usual 512MB DDR3 and 256MB flash, but you can bump those up to 2GB for volume customization orders. There’s also a microSD slot and connectors for 2x serial, SPI, and DIO. There are no USB or display ports, but you get JTAG, an accelerometer, an RTC with battery, an 8-60VDC input, and the Gateworks System Controller.

The Gateworks boards are extensively documented for both software and hardware. However, as noted in the CNXSoft post that alerted us to the GW5910, the software wiki has yet to post details specific to the SBC.

Specifications listed for the Ventana GW5910 SBC include:

This article originally appeared on LinuxGizmos.com on July 10.