Altium has announced that it sponsored seven teams at SpaceX’s 2018 Hyperloop Pod Competition, which took place on July 22 at SpaceX’s headquarters in Hawthorne, CA. The competition aims to accelerate the development of functional prototypes and encourage up-and-coming university and innovator teams to design and build the best transport Pod for high speed ground transportation. Altium has been a sponsor since the announcement of the first competition. 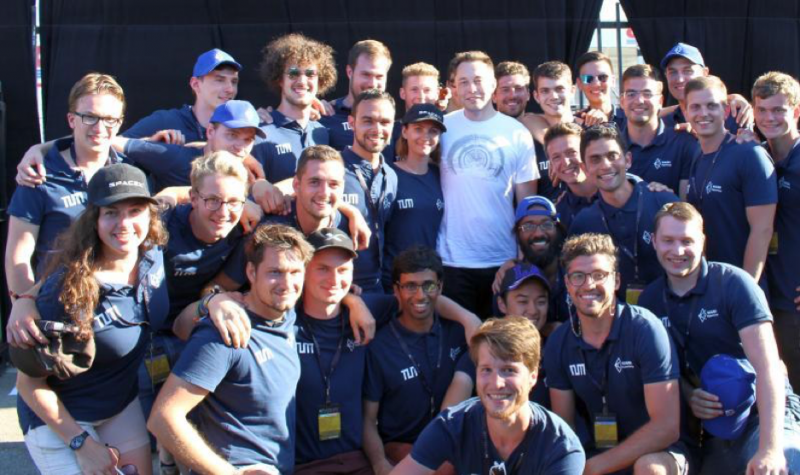 SpaceX held its first-ever Hyperloop Pod Competition in 2017 to give global teams the opportunity to design and build a Hyperloop Pod to bring to life Elon Musk’s vision of a high-speed ground transportation. Last year’s winner, WARR Hyperloop of Technical University of Munich (currently sponsored by Altium), reached a pod speed of 201 mph. This year’s competition was judged solely on one criterion: maximum speed with successful deceleration (without crashing). Additionally, all Pods must be self-propelled. Since its inception, the competition has continued to inspire electrical engineering students around the world to push the boundaries of innovation.

Altium plays an important role in these competitions by providing teams with the professional software they need to design circuit boards that allow the Pods to function. This past year, Altium’s sponsored team, Badgerloop, used Altium Designer to design boards like the STMicro nucleo microcontroller board and shield that they could reuse as new iterations of pods were developed. To streamline the workflow, they developed a subversion network which allowed them to work closely and collaboratively on PCB designs during the summer when team members resided across two continents and three time zones.