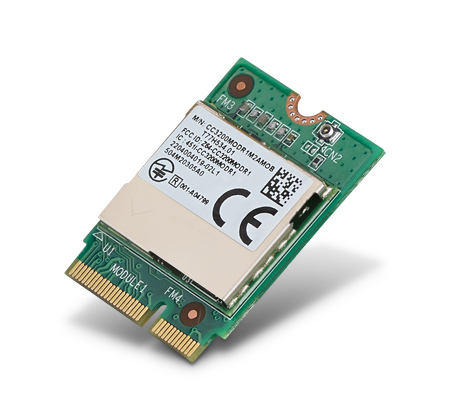 Advantech’s WISE-1520 Wireless Sensor Node (shown) is on Amazon FreeRTOS so that customers can easily and securely connect small devices and sensors directly to AWS or to powerful edge devices running AWS Greengrass, thus allowing them to collect data for their IoT applications. As the first wireless sensor node for the M2.COM family, the WISE-1520 comes with an Arm Cortex-M4 processor and low-power Wi-Fi connectivity, providing full compatibility with existing Wi-Fi infrastructure.

Advantech’s EPC-R4760 IoT gateway, powered by the Qualcomm Arm Cortex-A53 APQ8016 platform, provides a unique combination of power and performance. The system also integrates abundant wireless solutions including Wi-Fi, BT, GPS, and extended 3G/LTE connectivity. For OS support, the EPC-R4760 can run Debian Linux, Yocto Linux, Ubuntu Linux, Android, and Windows 10 IoT Core, and it also supports AWS Greengrass, which gives users tremendous flexibility by allowing them to create AWS Lambda functions that can be validated on AWS and then be easily deployed to devices.

Advantech’s UTX-3117 IoT gateway is compatible with AWS Greengrass and Wind River Pulsar and, in addition to having a small footprint, it offers real-time security and supports various protocols that are needed to run IoT applications seamlessly across both AWS and on local devices or sensor nodes. In addition, by equipping it with a LoRa solution, the UTX-3117 offers a wide range of wireless connection options for controlling and collecting data from devices and sensor nodes. With these solutions, the UTX-3117 IoT gateway is ideal for smart energy applications. For example, it can collect solar panel and solar radiation data in real time via LoRa, and with AWS Greengrass built in, it can analyze the data and adjust the angle of solar panels to follow the sun and thereby maximize the effectiveness of the solar panels. AWS Greengrass can also be employed to analyze weather data so that the panels can be adjusted to prevent damage from elements such as strong wind or hail.