NXP Semiconductors has announced the availability of a new reference design for 5-V low-power Qi wireless charging transmitters, compliant with the Wireless Power Consortium (WPC) 1.1 Qi specification. The design is based on NXPs single-chip 5-V wireless power transmitter IC—the NXQ1TXA5 that was launched in 2014. It is the latest addition to NXP’s portfolio of Greenchip power solutions. 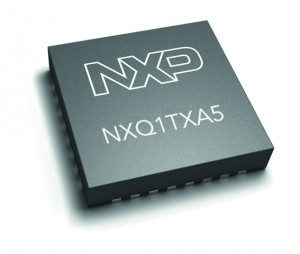 Due to the NXQ1TXA5’s  low-power consumption, the reference design also has a high efficiency for low transmitted powers, making it suitable for applications ranging from smartphone charging to deliver 5 W to the smartphone battery when used with a Qi compliant wireless charging receiver, to chargers for wearables that need less than 2-W charging power.

The NXQ1TXA5 reference design needs only 15 to 20 low-cost passive components and uses a standard two-layer PCB, with the components mounted on a single side. Depending on customer requirements, the complete application can be designed on a board space as small as 3 × 3 or 4 × 4 cm.

The new NXQ1TXA5 wireless charging transmitter reference design will be available in Q2.