Ibase previewed its IB918 back in April in conjunction with the release of AMD’s the Ryzen Embedded R1000 SoC. In announcing the release of this 3.5-inch SBC, the company as revealed that it can also run the earlier, more advanced Ryzen Embedded V1000, supporting both Ubuntu and Windows 10. 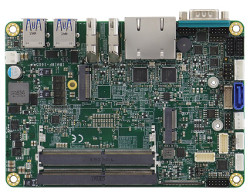 The IB918 supports up to 32 GB of dual-channel DDR4-2400, including ECC RAM. It exploits the power of the high-end Vega GPU with dual HDMI 2.0A ports with 4K support plus a 4K-ready eDP interface and HD-ready, 24-bit LVDS. There are dual Intel I211AT driven GbE ports and 4x USB 3.0 ports, which are now called USB 3.1 in the new wackydoodle USB naming scheme. (We cannot blame Ibase here for confusingly listing them as both USB 3.0 and USB 3.1 because that is sort of true.) 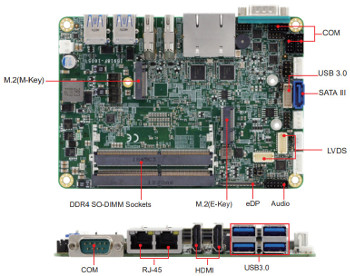 The 147 x 102mm board has a 12VDC input with consumption ranging from 2.34A to 2.55A, depending on the SoC model. The SBC supports 0 to 60°C temperatures with “90% (non-condensing@60°C)” humidity resistance. A heatsink with fan and heatspreader are optional.

The IB918 is available now at an undisclosed price. More information may be found in Ibase’s IB918 announcement and product page.

This article originally appeared on LinuxGizmos.com on October 1.