The 2012 Embedded Systems Conference in Boston started September 17 and ends today. Here’s a wrap-up of the most interesting news and products. 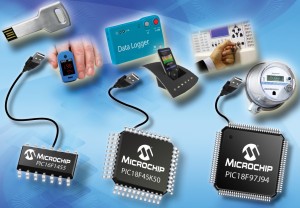 Microchip’s three PIC18F2x/4xK50 devices (available in 28- and 40/44-pins) enable “easy migration” from legacy PIC18 USB devices. In addition to 1.8- to 5-V operation, they feature a Charge Time Measurement Unit (CTMU) for cap-touch sensing, which makes them handy for data logging systems for tasks such as temperature and humidity measurement.

The nine devices in the PIC18F97J94 family are available in 64-, 80-, and 100-pin packages. Each device includes a 60 × 8 LCD controller and also integrates a real-time clock/calendar (RTCC) with battery back-up. Systems such as hand-held scanners and home automation panels are excellent candidates for these devices.

Several interesting designs were on display at the Microchip booth. 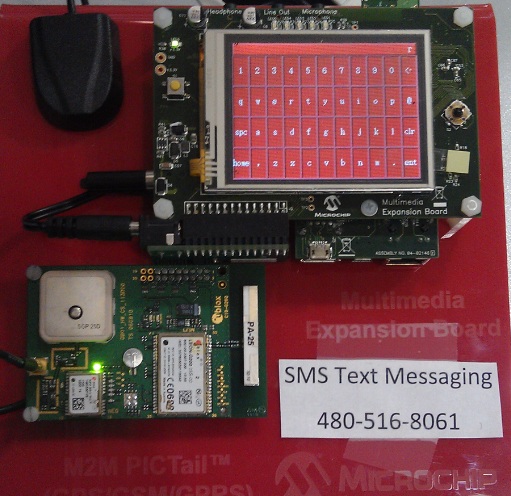 This SMS text messaging system was featured at Microchip’s Machine-to-Machine (M2M) station. The M2M PICtail module (located on the bottom left) costs around $200. 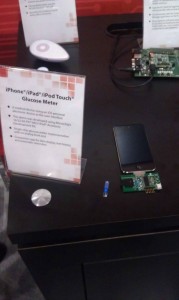 The interface can be an iPhone, iPad, or iPod Touch.

As most of you know, the entry period for the Renesas RL78 Green Energy Challenge ended on August 31 and the judges are now reviewing the entries. Two particular demos on display at the Renesas booth caught my attention. 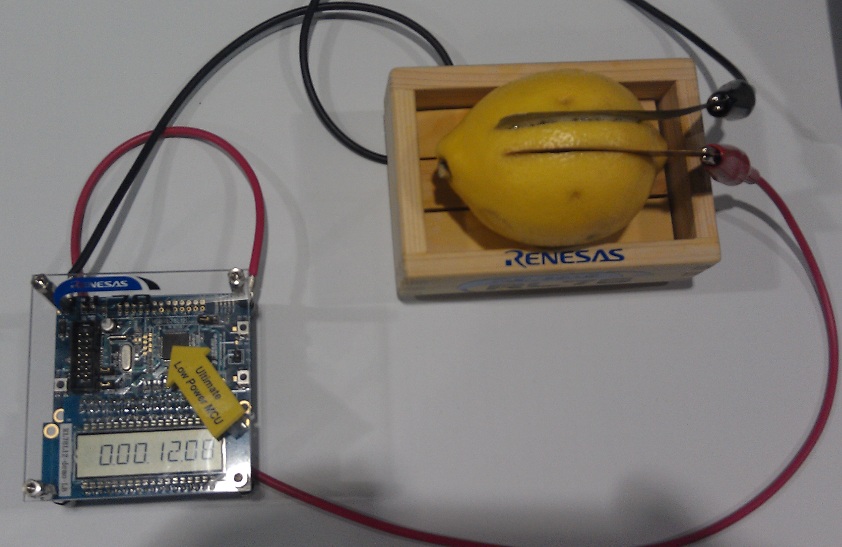 Lemon power and the RL78 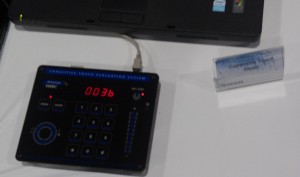 Cap touch technology is on the minds of countless electrical engineers.

I was pleased to see a reprint of Mark Pedley’s recent Circuit Cellar article, “eCompass” (August 2012), on display at Freescale’s booth. The article covers the topics of building and calibrating a tilt‐compensating electronic compass. 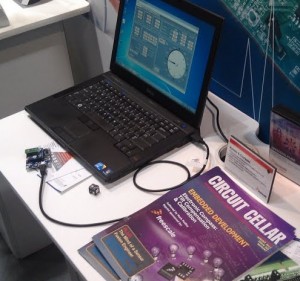 A Circuit Cellar reprint for attendees

Two of the more interesting projects were: 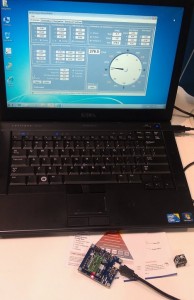 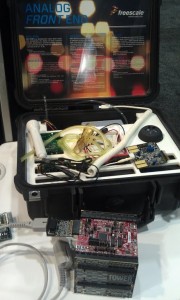 I stopped by the STMicro booth for a look at the STM32F3DISCOVERY kit, but I quickly became interested in the Dual Interface EEPROM station. It was the smartphone that caught my attention (again). Like other exhibitors, STMicro had a smartphone-related application on hand. 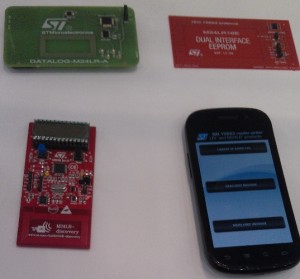 The Dual Interface EEPROM family has an RF and I2C interface

I’m glad I spend a few moments at the Fujitsu booth. We rarely see Circuit Cellar authors using Fujitsu parts, so I wanted to see if there was something you’d find intriguing. Perhaps the following images will pique your interest in Fujitsu technologies.

The FM3 family, which features the ARM Cortext-M3 core, is worth checking out. FM3 connectivity demonstration 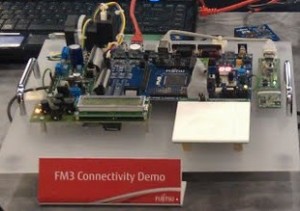 Check out Fujitsu’s System Memory site and document ion to see if its memory products and solutions suit your needs. Access speed comparison: FRAM vs. SRAM vs. EEPROM 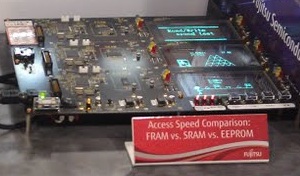 The ESC conference site has details about the other exhibitors that had booths in the exhibition hall.