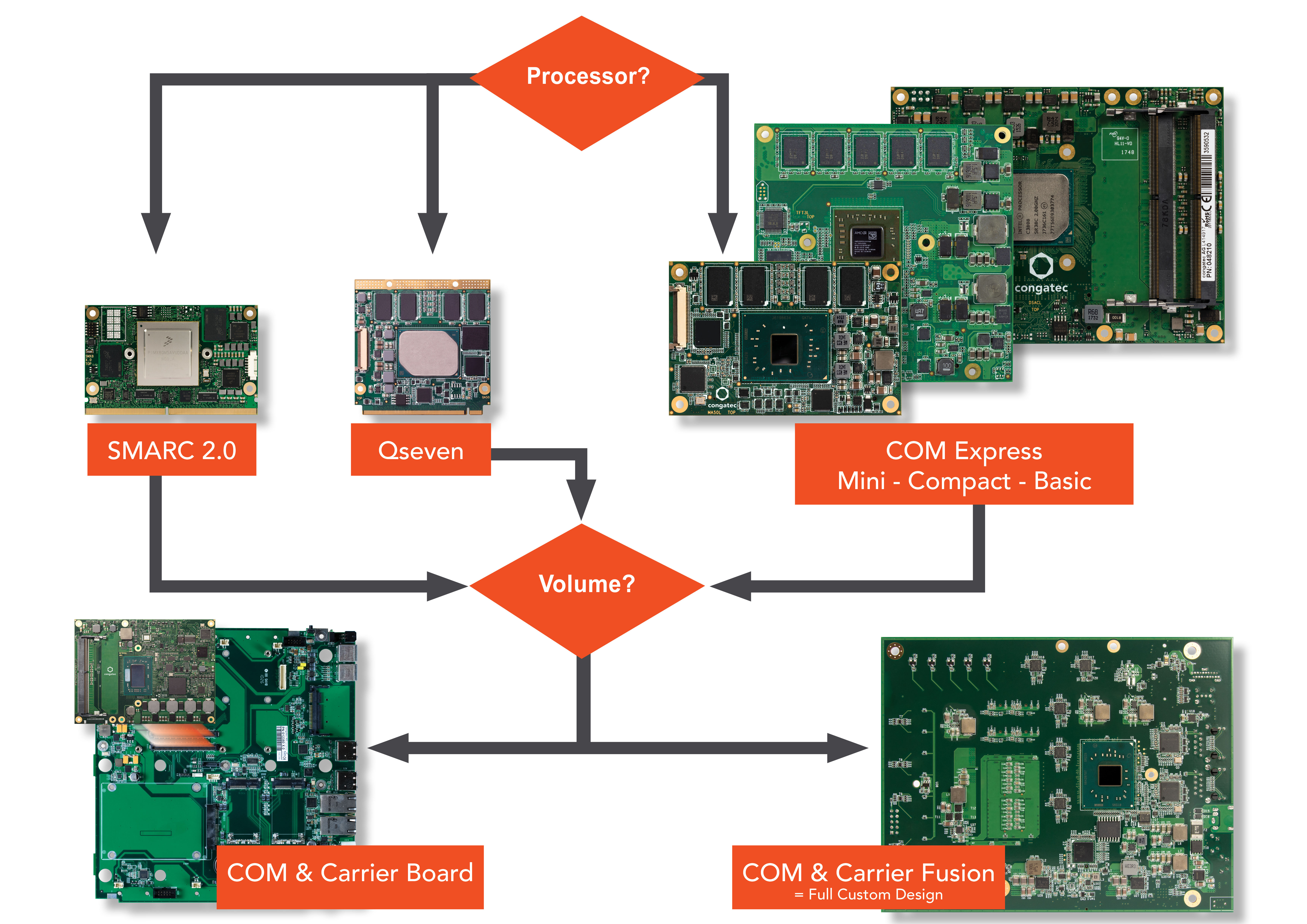 Software updates are easy to roll out, but hardware upgrades on custom designs often require a major investment of time and money. A modular approach can speed up this process. In this article, congatec’s Dan Demers explains how.


Make slow progress or speed ahead with buy-in?

We are used to receiving software updates on-the-fly today. So why not utilize converged embedded computing platforms to upgrade our hardware? This would enable us to take direct advantage of the rapid development cycles of the computing, vision and AI industries.

There are plenty of examples on how to upgrade the hardware during running series production. In the medical sector, for instance, where medical devices even require certification. But it appears that some system developers have not yet learned how to consistently build computing core upgrades into their product development.

This is because full custom designs are still quite common. The integration of expensive navigation systems by premium vehicle manufacturers is a bad example of this. Although pretty and expensive, they are often much slower than the driver’s considerably cheaper mobile phone. Before the computer technology that’s installed in the vehicle gets used by the customer, it is usually already obsolete.  Market acceptance for such monolithic solutions is therefore dwindling noticeably.

The problem of these manufacturers is anchored in the design principles of mass production, where every cent matters, but no attention is paid to the innovation cycle demanded by users. This has fatal consequences: If the computing part is entirely custom designed, an upgrade will in many cases require a redesign, where the ability to reuse blocks of the previous generation is limited. So all in all, we’re talking about a major investment to always deploy the latest computer technology in an application. 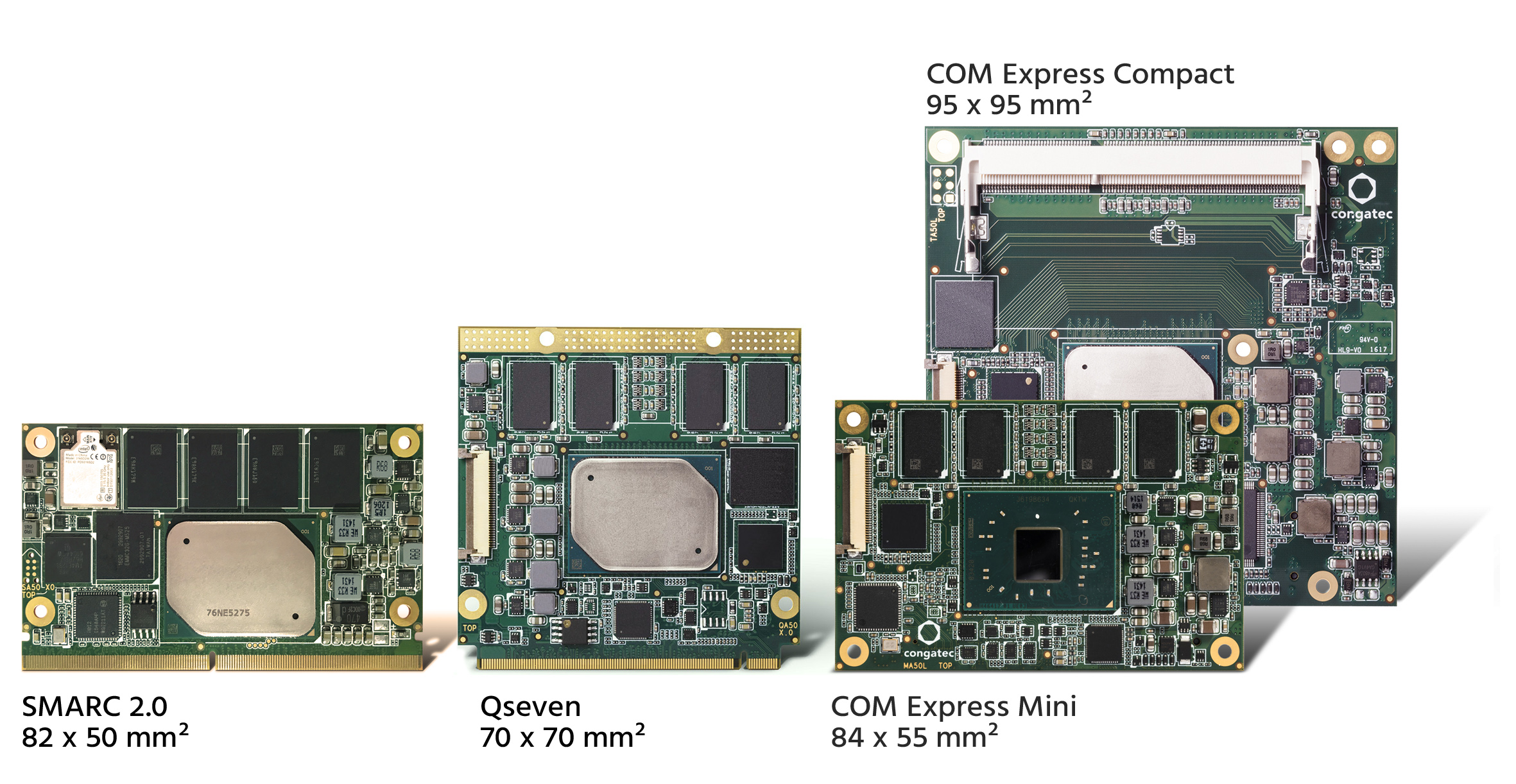 Computer-on-Modules are available in different designs. For low-power CPUs such as Intel Atom, AMD G-Series or the ARM i.MX6 and i.MX8 platforms from NXP, the Qseven and SMARC Computer-on-Module standards are particularly suitable. For higher computing power and interface demands, COM Express is the best standard. COM Express Type 6 modules support fast CPUs, like the AMD V1000 or the latest Intel Core processors.

Type 7 was defined for edge server processors and 10 Gbit Ethernet support; however, in true server fashion, it no longer supports any video interfaces. The upcoming PICMG COM-HPC standard will support even faster interfaces. The specification is due to be published in 2019, with first products expected in 2020. 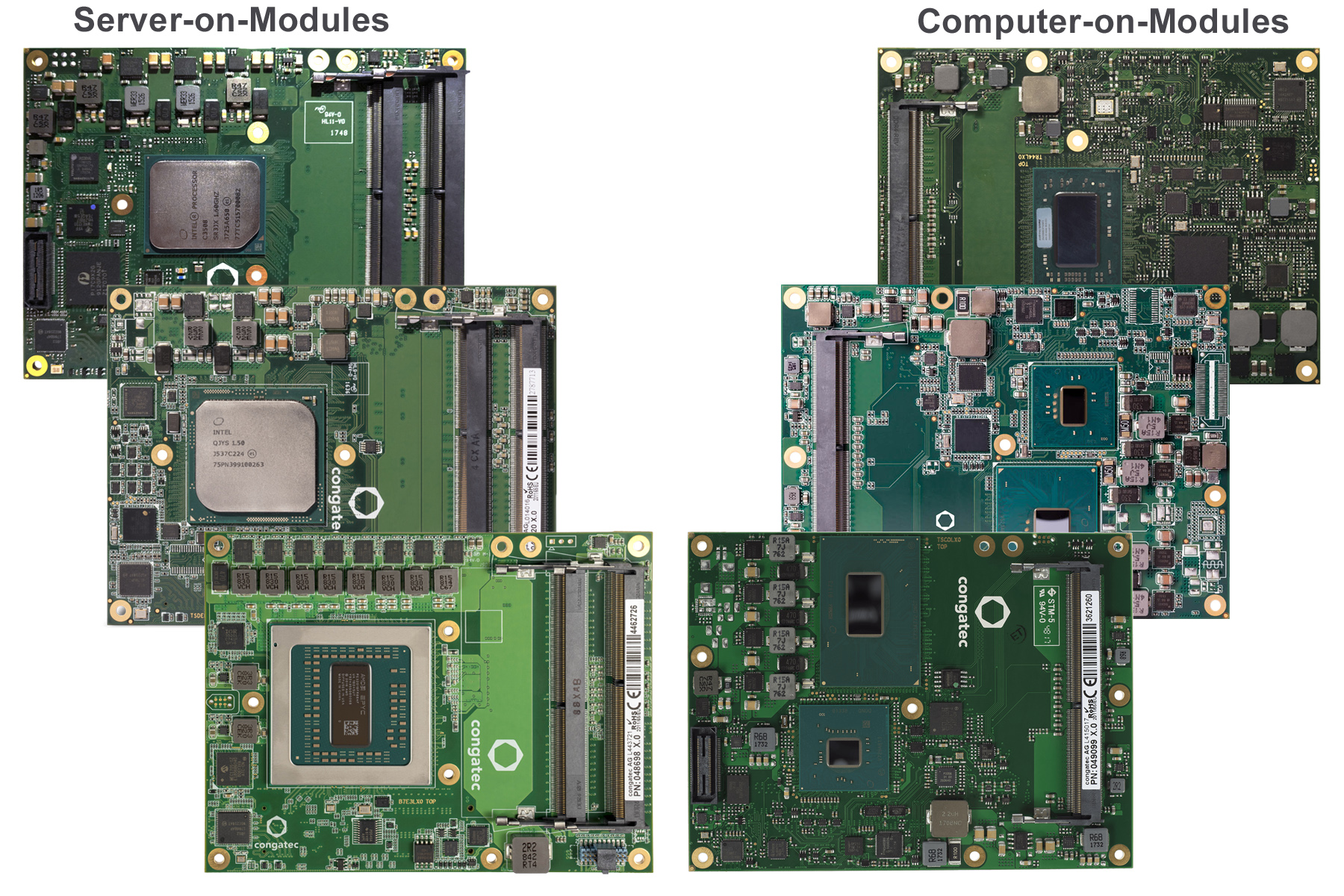 With Server-on-Modules a modular approach is even suitable for the development and constant update of high-performance microservers by just exchanging the modules. This significantly reduce the efforts and cost connected for upgrades.

All in all, Computer-on-Modules are an ideal and easy way to equip machines and devices with the latest processor technology. So anyone who wants to use converged system platforms as part of their closed-loop engineering, will find that Computer-on-Modules are a perfect platform for performance upgrades. However, this doesn’t mean that you shouldn’t implement a full custom design when it comes to mass production. But here too, getting the module supplier to implement a fusion of modules and carrier board works significantly better than the OEM developing everything from scratch.