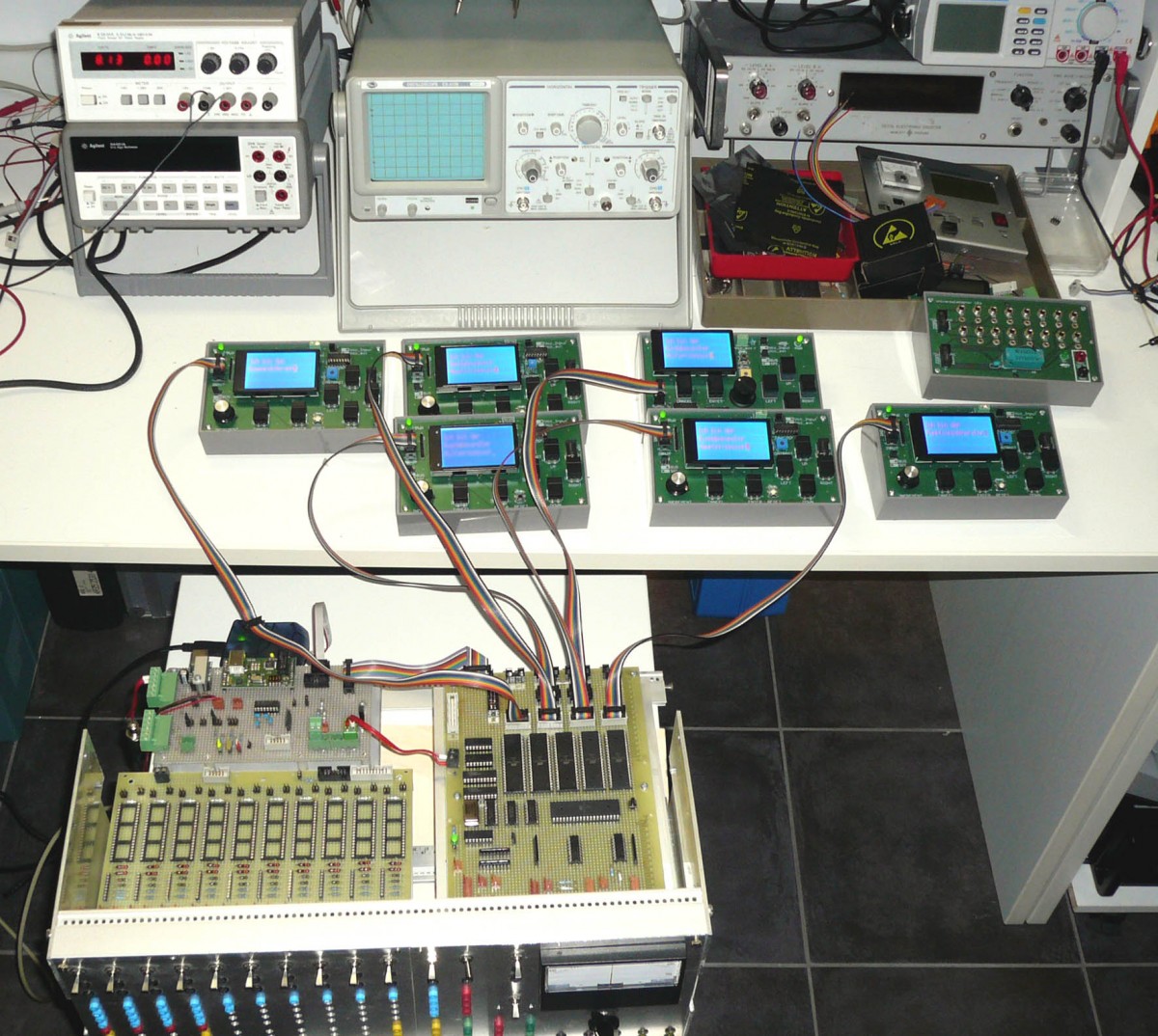 Professor Wolfgang Matthes has taught microcontroller design, computer architecture, and electronics (both digital and analog) at the University of Applied Sciences in Dortmund, Germany, since 1992. He has developed peripheral subsystems for mainframe computers and conducted research related to special-purpose and universal computer architectures for the past 25 years.

When asked to share a description and images of his workspace with Circuit Cellar, he stressed that there are two labs to consider: the one at the University of Applied Sciences and Arts and the other in his home basement.

Here is what he had to say about the two labs and their equipment:

In both labs, rather conventional equipment is used. My regular duties are essentially concerned  with basic student education and hands-on training. Obviously, one does not need top-notch equipment for such comparatively humble purposes. 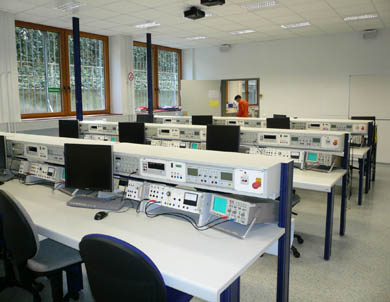 Student workplaces in the Dortmund lab are equipped for basic training in analog electronics. 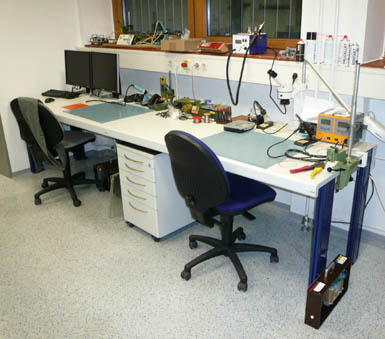 In adjacent rooms at the Dortmund lab, students pursue their own projects, working with soldering irons, screwdrivers, drills, and other tools. Hence, these rooms are occasionally called “the blacksmith’s shop.” Two such workstations are shown.

Oscilloscopes, function generators, multimeters, and power supplies are of an intermediate price range. I am fond of analog scopes, because they don’t lie. I wonder why neither well-established suppliers nor entrepreneurs see a business opportunity in offering quality analog scopes, something that could be likened to Rolex watches or Leica analog cameras. 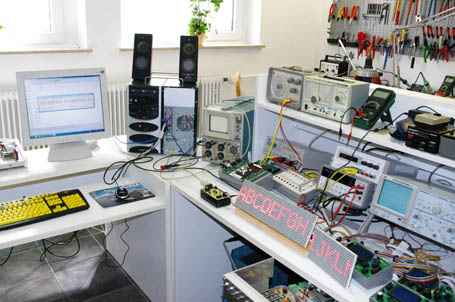 The orderly lab in Matthes’s home is shown here. 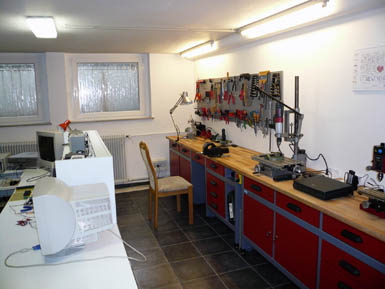 Matthes prefers to build mechanically sturdy projects. So his lab is appropriately equipped.

Matthes, whose research interests include advanced computer architecture and embedded systems design, pursues a variety of projects in his workspace. He describes some of what goes on in his lab:

Personal computer projects are concerned with embedded systems, hardware add-ons, interfaces, and equipment for troubleshooting. For writing software, I prefer PowerBASIC. Those compilers generate executables, which run efficiently and show a small footprint. Besides, they allow for directly accessing the Windows API and switching to Assembler coding, if necessary.

Microcontroller software is done in Assembler and, if required, in C or BASIC (BASCOM). As the programming language of the toughest of the tough, Assembler comes second after wire [i.e., the soldering iron].

My research interests are directed at computer architecture, instruction sets, hardware, and interfaces between hardware and software. To pursue appropriate projects, programming at the machine level is mandatory. In student education, introductory courses begin with the basics of computer architecture and machine-level programming. However, Assembler programming is only taught at a level that is deemed necessary to understand the inner workings of the machine and to write small time-critical routines. The more sophisticated application programming is usually done in C.

A digital analog computer in Matthes’s home lab works on master controller board bring-up and debugging. Each of the six microcontrollers is connected to a general-purpose human-interface module.

Additional photos of Matthes’s workspace and his embedded electronics and micrcontroller projects are available at his new website.