Home » A Quiet Place for Soldering and Software Design

Senior software engineer Carlo Tauraso, of Trieste, Italy, has designed his home workspace to be “a distraction-free area where tools, manuals, and computer are at your fingertips.”

Tauraso, who wrote his first Assembler code in the 1980s for the Sinclair Research ZX Spectrum PC, now works on developing firmware for network devices and microinterfaces for a variety of European companies. Several of his articles and programming courses have been published in Italy, France, Spain, and the US. Three of his articles have appeared in Circuit Cellar since 2008. 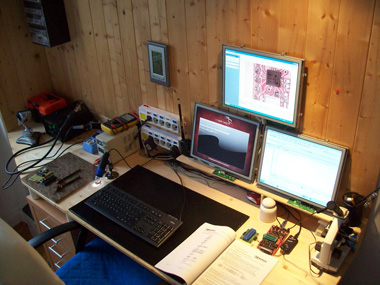 Tauraso keeps an orderly and, most importantly, quiet work area that helps him stay focused on his designs.

This is my “magic” designer workspace. It’s not simple to make an environment that’s perfectly suited to you. When I work and study I need silence.

I am a software engineer, so during designing I always divide the work into two main parts: the analysis and the implementation. I decided, therefore, to separate my workspace into two areas: the developing/programming area on the right and the soldering/assembling area on the left (see Photo 1). When I do one or the other activity, I move physically in one of the two areas of the table. Assembling and soldering are manual activities that relax me. On the other hand, programming often is a rather complex activity that requires a lot more concentration. 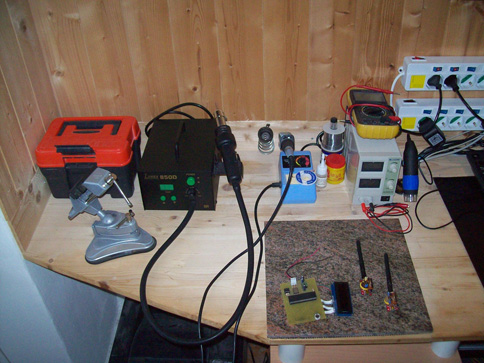 Photo 2: The marble slab at the right of Tauraso’s assembling/soldering area protects the table surface. The optical inspection camera nearby helps him work with tiny ICs.

The assembling/soldering area is carefully set up to keep all of Tauraso’s tools within easy reach.

I fixed a marble slab square on the table to solder without fear of ruining the wood surface (see Photo 2). As you can see, I use a hot-air solder station and the usual iron welder. Today’s ICs are very small, so I also installed a camera for optical inspection (the black cylinder with the blue stripe). On the right, there are 12 outlets, each with its own switch. Everything is ready and at your fingertips! 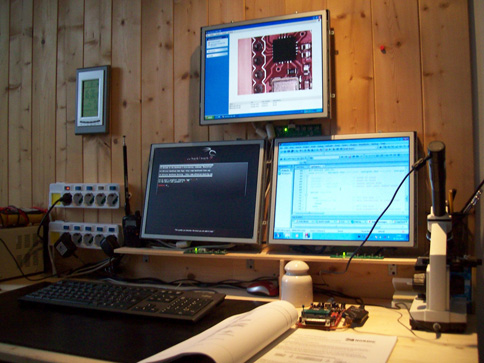 Photo 3: This developing and programming space, with its three small computers, is called “the little Hydra.”

The workspace’s developing and programming area makes it easy to multitask (see Photo 3).

In the foreground you can see a network of three small computers that I call “the little Hydra” in honor of the object-based OS developed at Carnegie Mellon University in Pittsburgh, PA, during the ’70s. The HYDRA project sought to demonstrate the cost-performance advantages of multiprocessors based on an inexpensive minicomputer. I used the same philosophy, so I have connected three Mini-ITX motherboards. Here I can test network programming with real hardware—one as a server, one as a client, one as a network sniffer or an attacker—while, on the other hand, I can front-end develop Windows and the [Microchip Technology] PIC firmware while chatting with my girlfriend. 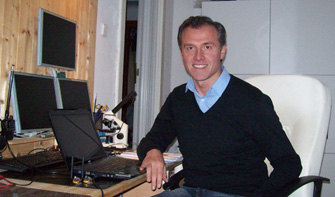 Senior software engineer Tauraso has created a quiet work area with all his tools close at hand.

Circuit Cellar will be publishing Tauraso’s article about a wireless thermal monitoring system based on the ANT+ protocol in an upcoming issue. In the meantime, you can follow Tauraso on Twitter @CarloTauraso.

A Quiet Place for Soldering and Software Design

Resources A Workspace for “Engineering Magic”