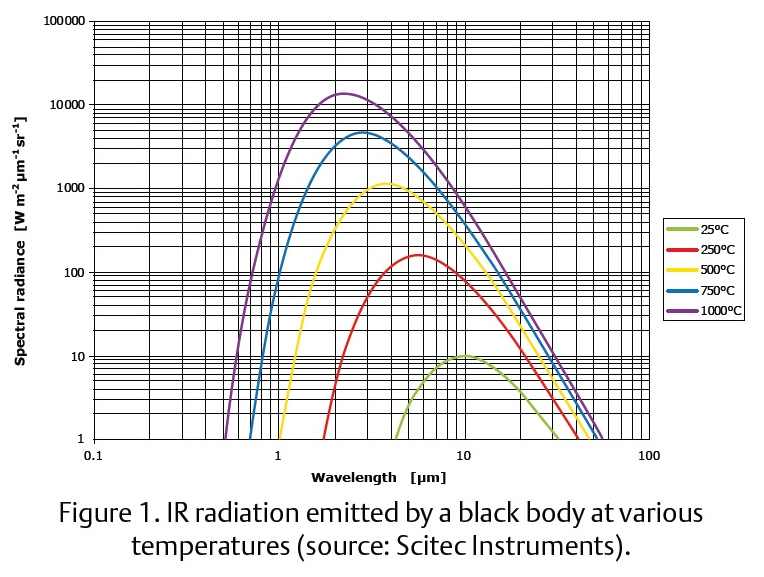 This means that an IR thermometer must be able to detect energy radiated in a specific spectrum in the IR band in order to be able to measure temperatures accurately over a wide temperature range. In addition, you should bear in mind that only perfect radiators (in technical terms, “black bodies”) actually radiate all of their thermal energy. With other types of objects, the amount of energy radiated also depends on factors other than the temperature of the object, such as the properties of the material and surface reflection. This is expressed by the emissivity or emission coefficient of the material, and it can strongly affect the accuracy of IR temperature measurements. 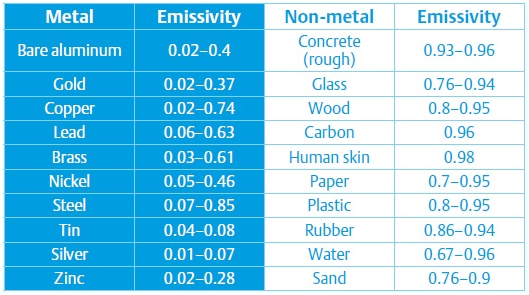 The emissivity values of a number of materials are listed in the table. They have been compiled from lists provided by various manufacturers of IR thermometers. The emissivity of metals is strongly influenced by the processing undergone by the metal and the surface treatment.

When compiling the table, we noticed that every manufacturer states somewhat different values, which makes it rather difficult to derive the correct emissivity settings for an instrument from the table supplied with the instrument. The only sure way to determine the correct setting is to measure the temperature with a contact sensor.—By Harry Baggen