I ordered some little UHF transmitters and receivers from suppliers on AliExpress, the Chinese equivalent of Amazon.com, in order to extend my door chimes into areas of my home where I could not hear them. These ridiculously inexpensive units are currently about $1 per transmitter-receiver pair in quantities of five, including shipping, and are available at 315 and 433.92 MHz. Photo 1 shows a transmitter and receiver pair.  Connections are power and ground and data in or out.

The original attempt at a door chime extender modulated the transmit RF with an audio tone and searched for the presence of that tone at the receiver with a narrow audio filter, envelope detector, and threshold detector. This sort of worked, but I started incorporating the same transmitters into another project that interfered, despite the audio filter.

The other project used Arduino Uno R3 computers and Virtual Wire to convey data reliably between transmitters and receivers. Do not expect a simple connection to a serial port to work well. As the other project evolved, I learned enough about the Atmel ATtiny85 processor, a smaller alternative to the Atmel ATmega328 processor in the Arduino Uno R3, to make new and better and very much simpler circuits. That project evolved to come full circle and now serves as a better doorbell extender. The transmitters self identify, so a second transmit unit now also notifies me when the postman opens the mailbox.

Note the requirement for Virtual Wire.  Do not expect a simple connection to a serial port to work very well.

Figure 1 shows the basic transmitter circuit, and Photo 2 shows the prototype transmitter. There is only the ATtiny85 CPU and a transmitter board. The ATtiny85 only has eight pins with two dedicated to power and one to the Reset input.

When input pin 3 is high at power-up, the unit enters mailbox alarm mode. In mailbox alarm mode, the input pins 2 and 7 serve as binary identification bits to define the value of the single numeric character that the transmitter sends, and the input pin 3 serves as the interrupt input. Whenever input pin 3 transitions from high-to-low or low-to-high, the ATtiny85 CPU wakes from SLEEP_MODE_PWR_DOWN, makes a single transmission, and goes back to sleep. The current mailbox sensor is a tilt switch mounted to the door of the mailbox. The next one will likely be a reed relay, so only a magnet will need to move.

When in SLEEP_MODE_PWR_DOWN, the whole circuit draws under 0.5 µA. I expect long life from the three AAA batteries if they can withstand heat, cold, and moisture. I can program the ATtiny to pull the identification inputs high, but each binary identification pin then draws about 100 µA when pulled low. In contrast, the 20- or 22-MΩ pull-up resistors I use as pull-ups each draw only a small fraction of a microampere when pulled low.

Figure 2 shows the basic receiver circuit, and Photo 3 shows the prototype receiver. There is only the ATtiny85 CPU with a 78L05 voltage regulator and a receiver board.

The receiver output feeds the input at pin 5. The Virtual Wire software decodes and presents the received character. Software in the CPU sends tone pulses to a loudspeaker that convey the value of the identification code received, so I can tell the difference between the door chime and the mailbox signals. Current software changes both the number of beep tones and their audible frequency to indicate the identity of the transmit source. 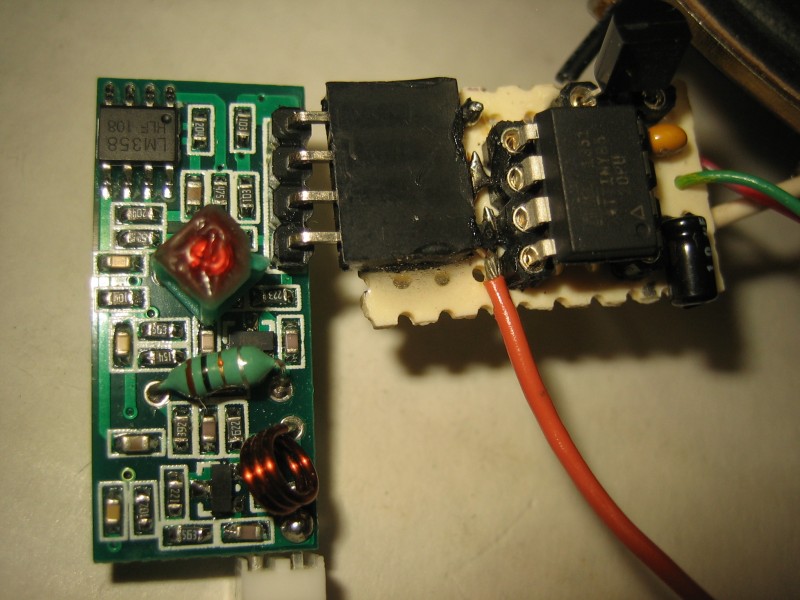 Note that these receivers are annoyingly sensitive to power supply ripple, so receiver power must either come from a filtered and regulated supply or from batteries.

Photo 4 shows the complete receiver with the loudspeaker. 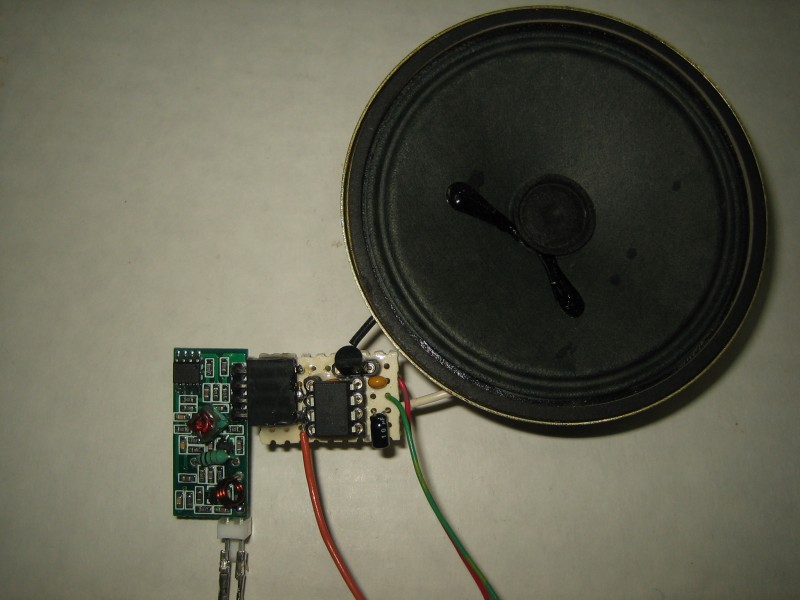 Photo 4: Receiver with antenna connections and a loudspeaker

A few inches of wire for an antenna will reach anywhere in my small basement. To improve transmission distance from the mailbox at the street to the receiver in my basement, I added a simple half-wave dipole antenna to both transmitter and receiver. Construction is with insulated magnet wire so I can twist the balanced transmission line portion as in Photo 5. I bring the transmission line out through an existing hole in my metal mailbox and staple the vertical dipole to the wooden mail post. My next mailbox will not be metal.

I don’t have long term bad weather data to show this will continue to work through heavy ice and snow, but my mailman sees me respond promptly so far.

The mailbox unit must operate at minimum battery drain, and it does this very well. The doorbell extender operates continuously when the AC door chime applies power. In order to complete a full message no matter how short a time someone presses the doorbell push button, I rectify the AC and store charge in a relatively large electrolytic capacitor to enable sufficient transmission time. 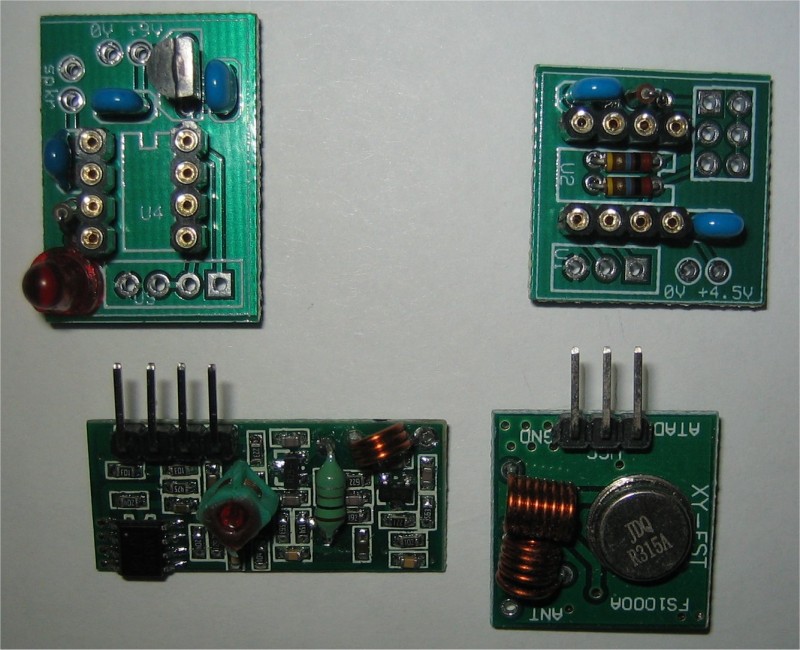 This unit is fairly simple to fabricate and program your self, but if there is demand, my friend Lee Johnson will make and sell boards with pre-programmed ATtiny85 CPUs. (Lee Johnson, NØVI, will have information on his website if we develop this project into a product: www.citrus-electronics.com.) We will socket the CPU so you can replace it to change the program. The new transmitter and receiver printed circuit boards appear in Photo 6.

Dr. Sam Green (WØPCE) is a retired aerospace engineer living in Saint Louis, MO. He holds degrees in Electronic Engineering from Northwestern University and the University of Illinois at Urbana. Sam specialized in free space and fiber optical data communications and photonics. He became KN9KEQ and K9KEQ in 1957, while a high school freshman in Skokie, IL, where he was a Skokie Six Meter Indian. Sam held a Technician class license for 36 years before finally upgrading to Amateur Extra Class in 1993. He is a member of ARRL, a member of the Boeing Employees Amateur Radio Society (BEARS), a member of the Saint Louis QRP Society (SLQS), and breakfasts with the Saint Louis Area Microwave Society (SLAMS). Sam is a Registered Professional Engineer in Missouri and a life senior member of IEEE. Sam is listed as inventor on 18 patents.

EE Tips What Is Correlation?