RF designers, as well as more and more digital-oriented designers, are used to thinking about impedance matching. But it is very easy to forget it when you are designing a non-RF project. A non-matched circuit will generate power losses as well as nasty reflection phenomena. (Refer to my article, “TDR Experiments,” Circuit Cellar 225, 2009.)

Impedance matching must be managed at the schematic stage, for example, by adding provisional matching pads for all integrated antennas, which will enable you to correct a slightly mis-adapted antenna (see Figure 1). 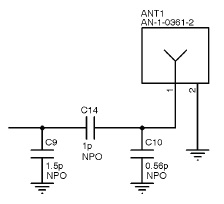 Figure 1: Impedance matching requirements must be anticipated. In particular, any embedded antenna will surely need manual matching for optimal performance. If you forget to include some area for a matching network like this one on your PCB, you won’t achieve the best performance.

Impedance matching is also a PCB design issue. As rule of thumb, you can’t avoid impedance-matched tracks when you are working with frequencies higher than the speed of light divided by 10 times the board size. A typical 10-cm board would translate to a cutoff frequency of 300 MHz. A digital designer would then say: “Cool, my clock is only 100 MHz. No problem!” But a 100-MHz square-ware clock or digital signal means harmonic frequencies in the gigahertz range, so it would be wise to show some concern.

The problem could also happen with very slow clocks when you’re using fast devices. Do you want an example? Last year, one of my colleagues developed a complex system with plenty of large and fast FPGAs. These chips were programmed through a common JTAG link and we ended up with nasty problems on the JTAG bus. We still had issues even when we slowed down the JTAG speed to 100 kHz. So, it couldn’t have been an impedance matching problem, right? Wrong. It was. Simply because the JTAG is managed by the FPGA with the same ultra-fast logic cells that manage your fast logic so with stratospheric skew rates which translated into very fast transitions on the JTAG lines. This generated ringing due to improper impedance matching, so there were false transitions on the bus. Such a problem was easy to solve once we pinpointed it, but we lost some days in between.—Robert Lacoste, CC25, 2013